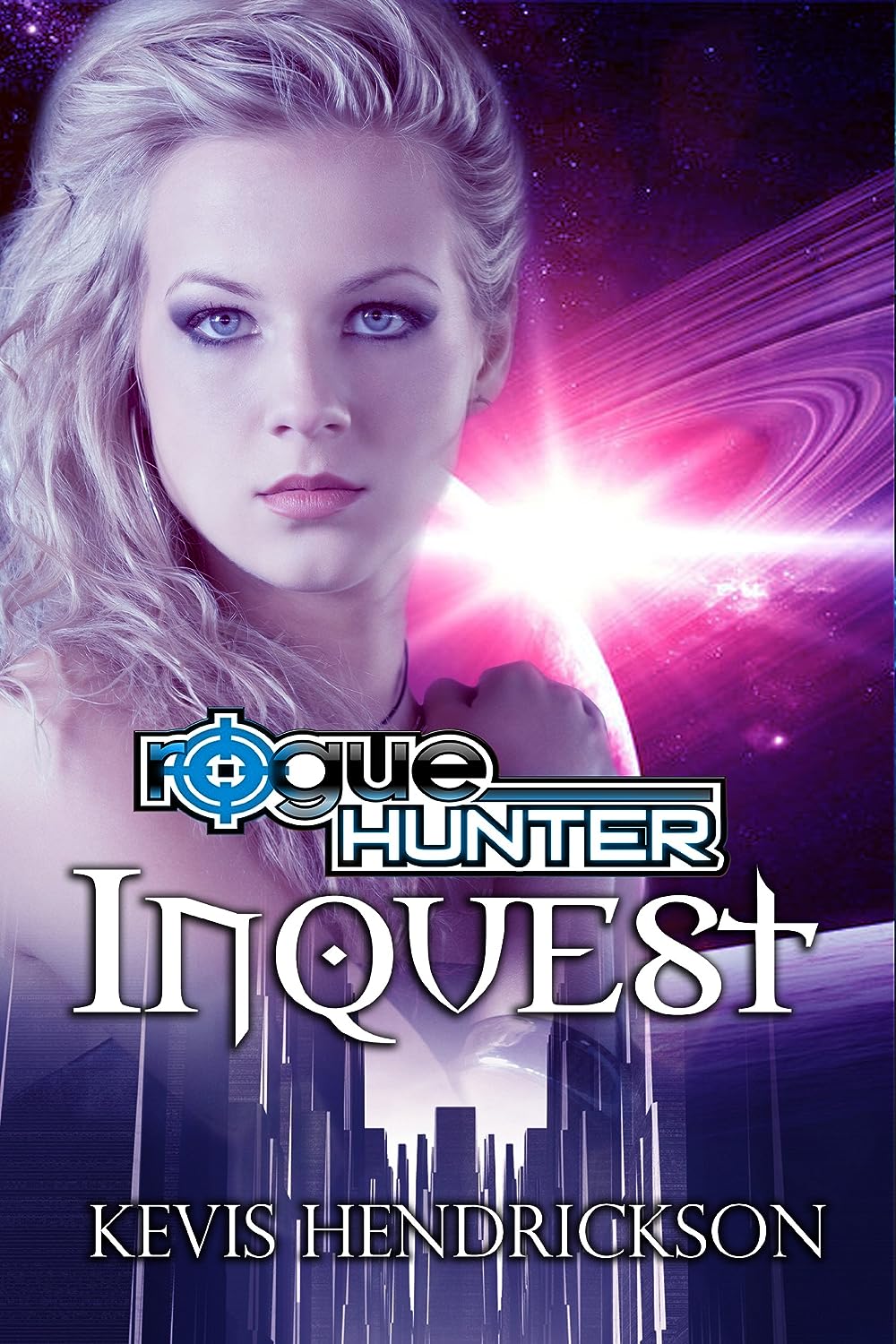 LUST AND FURY COLLIDE IN A GALAXY ON THE VERGE OF WAR.

Fearing retribution from ruthless gangsters over an unsettled debt, intergalactic bounty hunter Zyra Zanr ventures to a distant world to collect the reward for Boris Skringler, a notorious terrorist, who has been sentenced to death by political rivals of the InterGalactic Alliance. When she fails to secure his release, she decides to break him out of prison. Zyra soon finds herself an unwilling participant in events that lead to a climactic showdown between the most powerful worlds in the galaxy.

Torn between her desperation to rid herself of the threats to her life and her guilt in agitating the conflict between two galactic superpowers, Zyra is horrified to learn that the lives of an entire world of people hinge on her ability to return Skringler to his captors. However, her distrust of Skringler gives way to lust, unraveling her plans. Will Zyra give into her passion and allow Skringler to go free? Or will she surrender him to her enemies to stop an impending war? The fate of billions depends on whether she chooses life for a killer or the death of her lover.

What Inspired You to Write Your Book?
When I was growing up, there weren’t many female action heroes outside of comic books. It wasn’t until Xena showed up on TV, that female action heroes became popular. Interestingly enough, I had already created my own female action hero before Xena, one who was inspired by my love of strong female characters and Norse Mythology. I am also a big fan of Clint Eastwood and had always wanted to see a female bounty hunter from the future who was of the Clint Eastwood mode. One day while doodling in a High School Art Class, I decided to bring my character to life. Hence, was born Zyra Zanr, the protagonist of my Rogue Hunter Series. Years later, I would embark on a journey to tell her story through a series of novels. Inquest, is the official introduction to Zyra.

How Did You Come up With Your Characters?
Ideas for characters come from many places for me. Sometimes, I’m inspired by a character from tv, movies, video games, or books. Other times, the people around me provide that inspiration. But most of the times, my characters are born from the wellspring of my own imagination and incidentally contain certain character traits that I have, just amplified for dramatic effect. That’s certainly the case with Zyra who I consider my female alter-ego.

Silence hung in the air as Zyra’s words caught the queen off-guard.

“Boris Skringler is a criminal who deserves to face whatever punishment awaits him for his crimes. But if he is to be executed, it shouldn’t be for the reason your people have vilified him.”

Karah’s face darkened as she drove her nails into the bench.

“Who are you to make that judgment, Ms. Zanr? We of this court uphold the law. The law is what governs our people. It keeps us safe. Without the law there would be anarchy.”

“Your laws are wrong!”

Zyra wavered from her lightheadedness even as she surprised herself with her outburst.

“Now we come to it, don’t we, Ms. Zanr? Finally, you reveal to us what stirs in your heart. Would you care to elaborate on why you think our laws are wrong?”

Again, Zyra swelled with courage, determined to prove the hypocrisy of the entire trial. The scorn in her voice took everyone in the room by surprise.

“You claim to be champions of truth and justice. Yet, you would execute a man for no other reason than because he exists.”

“You are wrong, Ms. Zanr. We have sentenced Boris Skringler to death because he violated our sovereignty law.”

“Our world is a peaceful one. We have no crime. No murder. No wars. We are at peace because we have expelled the dissidents of our race from our world. Men are inherently violent. Were it not for their kind we would not be condemned to live in this city deep beneath the surface of our world. This planet would be pristine and beautiful as it once was, not ruined by the ignorance of past wars waged by lawless, barbaric men.”

“There’s no justice in killing a man because he’s a man.”

“‘Extreme justice is an extreme injury,’ is that it?”

“I’m not saying Skringler shouldn’t be punished. But when he dies, it should be because of what he’s done, not what he is.”

Hushed voices spoke into the queen’s ears. She kept her face harsh as she listened to her aides. Zyra had openly defied not only the queen, but Venusian law as well. This was something no one had ever done since the formation of the new global government and it put everyone in the room on edge. She caught the hint of disapproval in the eyes of the guards standing beside her. She would most likely pay for her outburst on her way back to her cell.

“Again, I ask you. Who are you to decide how we should live here on New Venus? You are not one of us. You have not endured what we women of this world have endured. The scourge of men is over and we will not have it return to us!”

“Then send Skringler back to the Alliance. Let him pay for his crimes. But don’t take his life like this!”

“We would think that you would be more concerned with your own fate, Ms. Zanr.”

“I don’t claim to be a saint. But I couldn’t stand by and watch you execute Skringler for the reason you have chosen. That’s why I helped him escape. If I am guilty of saving a man’s life, then that’s a crime I can live with.”

“No, Ms. Zanr. That is a crime which will most definitely cost you your life.”

About the Author:
A self-acclaimed disciple of George Lucas, Alfred Hitchcock, J. Michael Straczynski, Stan Lee, J.R.R. Tolkien, Shakespeare, and Homer, Kevis Hendrickson considers himself the mad scientist of the literary world. His writing, while borrowing from the tried and true, is avant-garde. He is an aspiring filmmaker, musician, songwriter, novelist, poet, and illustrator.

Hendrickson has penned six Science Fiction and Fantasy novels, including The Legend of Witch Bane and the Rogue Hunter series. His second novel Rogue Hunter: Quest of the Hunter won the Red Adept Annual Indie Award (2010) for ‘Top Science Fiction’. His most recent novel is Rogue Hunter: Life Force. The fourth book in the series, Rogue Hunter: Longshot, is scheduled for release in Summer 2014.
His first novel The Legend of Witch Bane won much praise from readers and popular review sites, but work stalled on its sequel. After a long hiatus from working on his beloved Middle-Grade Fantasy Series entitled the Witch Bane Saga, Hendrickson plans to resume work on the series in the upcoming months.

He has also published one novella, one epic poem, one non-fiction book, and eight short stories. Hendrickson lives in sunny Miami, Florida U.S.A. where he spends his days dreaming of new worlds and epic adventures.