You are here: Home / Bargains and Freebies / Bargain Books Under $3 / Remember When…. by R.A. Krauszer 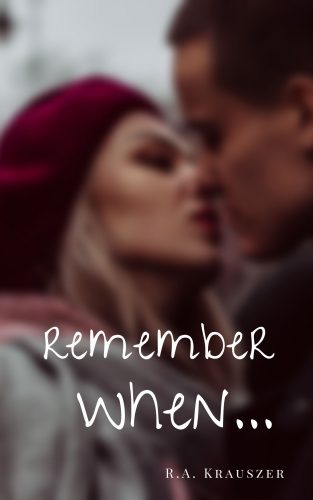 Kiplyn Kavanaugh is a typical 22-year-old college student, trying to obtain her nursing degree.
She is determined to succeed in a world that is anything but nice.
She is dedicated and focused on her education until life throws a wrench in the works….or in her case a screwdriver.

Who knew a screwdriver in your tire would turn your world upside down……changing your view on……well everything.

Join Kiplyn on her rollercoaster ride she calls life!

What Inspired You to Write Your Book?
I have always wanted to write, and I had many ideas for a plot, but added in some real-life shenanigans that I went through.

How Did You Come up With Your Characters?
I came up with the characters by their names just clicking in my brain when I was thinking about the plot.

Links to Purchase eBooks – Click links for book samples and reviews
Buy Remember When…. On Amazon