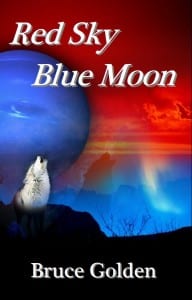 Ancient aliens seed the primordial oceans of Earth with protoplasmic material found on other worlds, then return millennia later to see what they have wrought. They not only observe the human civilizations they find, they contact some of them, conducting investigative studies. When they leave, they decide to cull large groups of humans and their environs, which they convey across the galaxy and transplant onto another world to continue their study. Ultimately this great speciation experiment will have unexpected and dire consequences for the experimenters.

Meanwhile, on this new world, a group of Vikings evolve over the centuries into a cutthroat corporate culture of racial purists in an early industrial society. They have designs on the lands of a nearby continent where primitive tribes of Sioux still cling to their old ways. And they may not be the only forced immigrants on this planet.

War ensues, and at the core of the conflict is a native herb which may be the cure for a disease that ravages the corporatocracy, as well as being the secret to longevity.

How is Writing In Your Genre Different from Others?
There’s more freedom to explore the human condition.

What Advice Would You Give Aspiring Writers?
Don’t let the fact you’ll likely never make much money stop you.

Author Bio:
Novelist, journalist, satirist, Bruce Golden’s short stories have been published more than 100 times across 11 countries and in 15 anthologies. Asimov’s Science Fiction described his second book, “If Mickey Spillane had collaborated with both Frederik Pohl and Philip K. Dick, he might have produced Bruce Golden’s Better Than Chocolate.” The same reviewer said of his novel Evergreen, “If you can imagine Ursula Le Guin channeling H. Rider Haggard, you’ll have the barest conception of this stirring book, which centers around a mysterious artifact and the people in its thrall. Reminiscent of the work of Robert Silverberg, this planetary romance will introduce lucky readers to a world both magical and spooky, yet ultimately as tangible as your own backyard.” His Dancing with the Velvet Lizard, with 33 stories, is one of the largest collections of speculative fiction ever published. http://goldentales.tripod.com

What Inspired You to Write Your Book?
My interest in history and the cultures of various Native American tribes, as well as Vikings. This book was also inspired by the Dune series of novels, and the way they used ancient Earth cultures to extrapolate how the cultures might evolve on other worlds.