You are here: Home / Bargains and Freebies / Bargain Books Under $3 / Project Orthia, Case #88 by Gary Martinsky 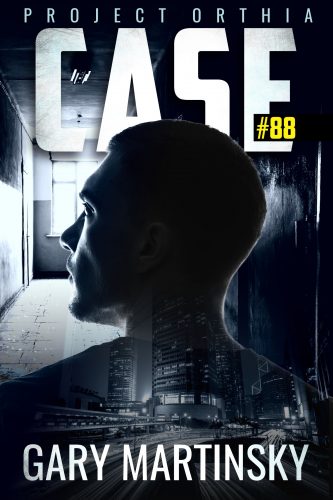 “Finn Peterson, the retired police officer, comes home to visit his parents. He finds out that they are not living in their old house, which belongs to someone else now. In an attempt to get more data about his parents, Finn is discovering that there are no records at all about such people, as they never existed. He is trying to resolve the mystery of the disappearance of his own parents, the people who never bought anything, worked, paid taxes, and raised their son…”

What Inspired You to Write Your Book?
I just an idea came to my mind about a police officer that lost his own parents.

How Did You Come up With Your Characters?
I just thought that special experiments in real life totally possible, so Project Orthia was born.

Book Sample
“How long has it been since you last saw them?”
“Too long, that’s for sure.”
Finn had Doug on speakerphone. They were reminiscing about their years on the force together to pass the time on his monotonous drive. Finn wearily observed the low traffic that passed him on his way to the suburban town of Alexandria.
“It’s nice that you’ll be able to see your folks after all this time. I always told you, you’re working too hard! As much as it sucks that you’re retired, I’m glad you’ll finally get to live a little. Heh, maybe you’ll even find a Mrs. Peterson. Who knows?”
Finn chuckled as he stopped at a red light. Doug wasn’t wrong. All he’d known for the past fifteen years was work. Crime didn’t take breaks, and solving cases was the only thing Finn was really good at. But, since his head injury, he hadn’t been able to return to the streets, and he’d rather quit than be stuck behind a desk.
It took several hours of driving to get to Alexandria from Manhattan. It was hard to believe that, for years now, he hadn’t found the time to visit his hometown or his parents. The last time they’d talked was on Christmas day a few years ago. They, too, had been tied up with work, though they never talked much about their research.
“Your knucklehead wouldn’t get much of it anyway,” Dad would tease him, ruffling Finn’s thinning hair. “Leave the science to Mom and me.” He was joking, of course. Everyone knew that Finn had inherited his parents’ analytical abilities. But they’d occasionally nag him about his career choice—out of genuine parental concern, no doubt. But Finn’s pride had always made it challenging to recognize their motivation for what it was.
“Did you tell them you’re coming to visit?”
“Nah, it’s a surprise. I won’t be staying long, and I don’t want them to overreact and cook a feast in my honor. Just wanna see my folks and say hi. Make sure they’re doing okay.”
“I see. So what’s next for you?”
Finn grunted. That was the question now, wasn’t it?
Finn arrived when the sun was just starting to set, and the streetlights were already glowing in anticipation of the falling darkness. Familiar landmarks began to come into view with increasing frequency as childhood and early adult memories began flooding his mind. Here was that corner shop where he used to buy ice cream. And later cigarettes. I wonder if the shop clerk would still recognize me? Finn could have taken Main Street and saved time, but he chose to take a longer route, the one he’d taken almost every day while riding his bike to school.
Finn allowed his memories to guide him to his destination. Here was his neighbors’ familiar white fence! The trees had grown even taller. And behind that corner, he’d see the place where he had grown up. As he was making the turn, imagining his childhood home in as much detail as possible, he pressed his foot hard on the brakes, bringing the car to a screeching halt.
A real estate agent smiled broadly at him, frozen in time on a coroplast FOR SALE sign. In confusion and disbelief, Finn exited the car, feeling a tight knot forming in his stomach. His mind started grasping for optimistic explanations as the absurdity of such an intense reaction to a FOR SALE sign hit him.
Did they move and forget to tell me?
Did I take a wrong turn?