You are here: Home / Fiction / Action & Adventure / Prisoners of the Williwaw by Ed Griffin

Frank Villa has everything he asked for. He wrote a book proposing that the government give him and other convicts an abandoned island in the Aleutians. Let their families accompany them, with no more welfare checks, and no more three squares and a cot. They’re on their own. The government saves millions and Frank gets his freedom, except for the Coast Guard keeping them all on the island.

The native Aleuts know the Aleutians better. A fierce wind, called a Williwaw, roams the islands, tearing down the works of man. Now Williwaw is trying to drive Frank off the island with rain and snow eighty-five percent of the time. And this god gets a lot of help from Boss Gilmore, another convict, who’s eager to pocket whatever money the men have. Gilmore opens a bar and a house of prostitution, he sells drugs and weapons.

Convicts hate cops, but that’s exactly what Frank needs – a cop, law and order. If he fails, it’s back to prison for the rest of his life. 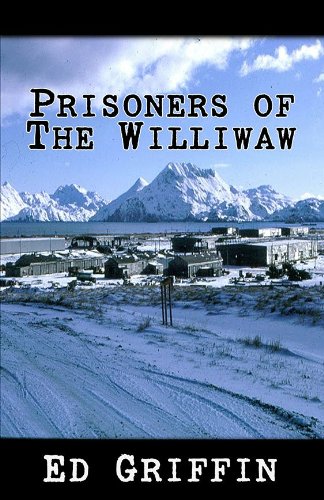 How is Writing In Your Genre Different from Others?
I think that I can give some verisimilitude to a convict’s point of view, having taught creative writing classes in prisons for many years.

What Advice Would You Give Aspiring Writers?
Writers write.

What Inspired You to Write Your Book?
I am very interested in stories about people trying to form relationships in dystopic environments.
The setting of Adak is powerful, beautiful, and dangerous – perfect for an action novel.

About the Author:
Ed Griffin teaches creative writing at Matsqui Prison, a medium security prison in Western Canada. He taught the same subject at Waupun prison, a maximum security prison in Wisconsin. He began his professional life in 1962 as a Roman Catholic priest in Cleveland, Ohio. There he became active in the civil rights movement and marched in Selma with Doctor Martin Luther King. Removed from a suburban parish for his activities, he served for three years in Cleveland’s central city. His years in the Roman Catholic Priesthood are the subject of his next novel. After leaving the priesthood in 1968 he earned a masters degree at the University of Wisconsin-Milwaukee and was elected to Milwaukee’s city council in 1972. Griffin and his wife, Kathy, opened a commercial greenhouse in suburban Milwaukee in 1976. They lived where they worked and shared the joys of raising children and growing flowers. In 1988 the family, Ed and Kathy, Kevin and Kerry, moved to British Columbia, Canada, where Griffin helped establish a dynamic writing community in the city of Surrey. He is the founder of Western Canada’s largest writer’s conference, the Surrey Writers’ Conference. He has published poetry, plays, short stories and a newspaper column. His writing has won several awards and the American Humanist Society has honored him as the teacher of a prize-winning inmate writer. Griffin believes that all the arts, including writing, should be encouraged in prison. As Aristotle said, ‘art releases unconscious tensions and purges the soul.’ Visit the author’s web site.