You are here: Home / Fiction / Mystery/Suspense / Played to Death by BV Lawson @BVLawson 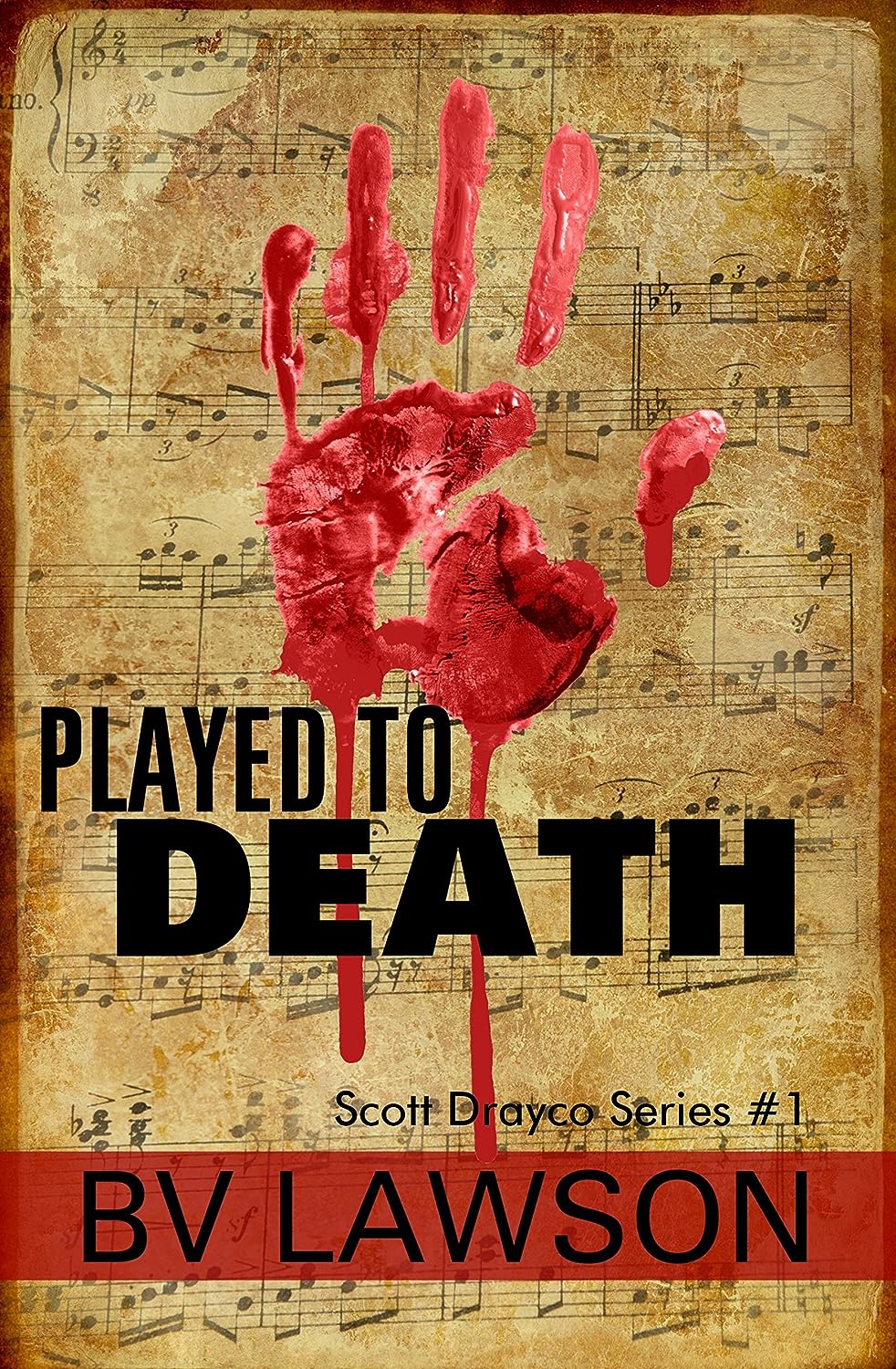 For fans of PBS and BBC mysteries from Derringer Award-winning author BV Lawson:

A body in a rundown Opera House.
Simmering resentment in a small Virginia coastal town.
A missing manuscript.
A dark family secret.

Former piano prodigy-turned FBI agent Scott Drayco is still suffering nightmares from his last case as a private consultant. To add insult to injury, he’s bequeathed an unwanted and rundown Opera House in Cape Unity, a down-on-its-luck seaside village where vacation homes were once a playground for the rich. His hopes for a quick sale are dashed when a new client with dreams of his own redemption is murdered in the Opera House, the letter “G” mockingly carved into his chest. Working with a wary Sheriff, Drayco has to navigate a complicted maze of illicit love affairs and hostility over immigration and coastal development.

Drayco’s confidence in his decision-making abilities is further shaken when the flirtatious and lonely wife of a Town Councilman almost derails Drayco’s efforts with her attempts to seduce him, despite the fact she had an affair with the victim. Then, one mystery turns to two, as Drayco learns of a famous Polish pianist whose last concert was at the Opera House fifty years ago—and was murdered after returning home. Drayco gets pulled into a tangled scheme of jealousy and betrayal that reaches across the Atlantic into some of the darkest days of human history. But will he be able to untangle the web before the tensions in Cape Unity explode into more violence and he becomes the next victim?

What Inspired You to Write Your Book?
I enjoy private eye novels, but I’m not a fan of writing in the first-person, so I came up with a “private eye procedural” hybrid via my protagonist Scott Drayco, a former FBI agent turned freelancer who consults with law enforcement agencies. The setting—the Eastern Shore of Virginia on the Delmarva Peninsula—is a short hop from D.C. (especially in a small plane), but it feels worlds apart in terms of culture and scenery. I was entranced after visiting the area, and as far as I know, this is the first mystery novel set there. Not to give too much away regarding the plot, but there is an Opera House and a Chopin manuscript involved, which arose out of my background in musicology.

How Did You Come up With Your Characters?
Believe it or not, sometimes I dream them! But most of the time, I just start brainstorming about what kind of characters I’d like to include and write out mini-biographies of each one. I think most characters authors create are an amalgam of bits and pieces of everyone they’ve ever known or ever read about.

About the Author:
Author and journalist BV Lawson’s award-winning stories, poems and articles have appeared in dozens of national and regional publications and anthologies. A three-time Derringer Award finalist and 2012 winner for her short fiction, BV was also honored by the American Independent Writers and Maryland Writers Association for her Scott Drayco series. BV currently lives in Virginia with her husband and enjoys flying above the Chesapeake Bay in a little Cessna. Visit her website at bvlawson.com. No ticket required.