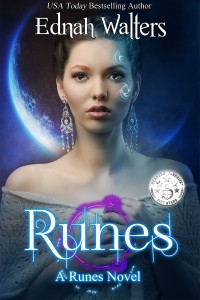 When a world you barely dreamed existed is not only real but a part of your destiny, would you take the path unfolding before you? And how far will you go to protect those you Love?..

17-year-old Raine Cooper has enough on her plate dealing with her father’s disappearance, her mother’s erratic behavior and the possibility of her boyfriend relocating. The last thing she needs is Torin St. James—a mysterious new neighbor with a wicked smile and uncanny way of reading her.

Raine is drawn to Torin’s dark sexiness against her better judgment, until he saves her life with weird marks and she realizes he is different. But by healing her, Torin changes something inside Raine. Now she can’t stop thinking about him. Half the time, she’s not sure whether to fall into his arms or run.

Scared, she sets out to find out what Torin is. But the closer she gets to the truth the more she uncovers something sinister about him. What Torin is goes back to an ancient mythology and Raine is somehow part of it. Not only is she and her friends in danger, she must choose a side, but the wrong choice will cost Raine her life.

About the Author
Ednah Walters holds a PHD in Chemistry and is a stay-at-home mother of five. She is also a USA Today Bestselling Author. She writes about flawed heroes and the women who love them. Her Contemporary Romance international bestselling The Fitzgerald Family series, that started with Slow Burn and has a total of six books in this series-to her new USA Today Bestselling series Infinitus Billionaire: Impulse (book 1) published was in January 2015. Indulge (book 2) released in August 4th, 2015 and Intrigue (Book 3) to be released early 2016 She Also writes YA Paranormal Romance as Ednah Walters. Her award-winning, International bestselling Runes Series started with Runes and has a total of 6 books in this series. The latest, Witches, released in March, 2015 and her most recent addition Demons, A Runes Companion Novel. Eirik Book1, The story of Raine’s best friend and former crush Eirik Seville, released on December 15th, 2015. And her YA Urban Fantasy international bestselling series The Guardian Legacy- , that started with Awakened and has a total of 4 books in this series. The latest Forgotten, released in June 2015 (which focuses on the Nephilim, children of the fallen angels. Whether she’s writing about Valkyries, Norns, and Grimnirs, or Guardians, Demons, and Archangels to her love, family, and friendship play crucial roles in all her books.