You are here: Home / Faith and Religion / Christian Fiction / One Night in Tehran: A Titus Ray Thriller by Luana Ehrlich @luanasbooks 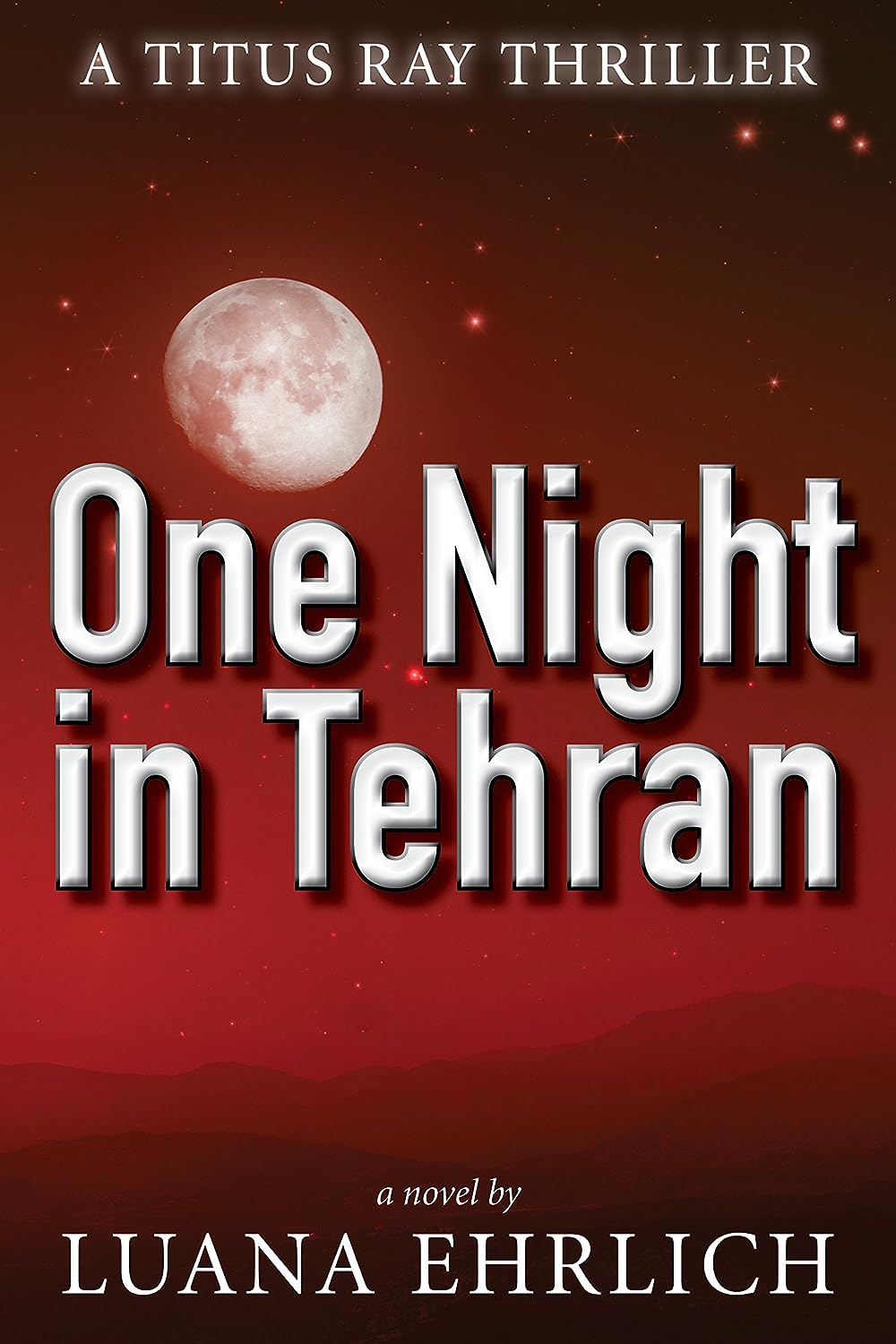 Trained in lies, a covert agent learns the truth

Veteran CIA officer, Titus Ray—on the run from the Iranian secret police—finds shelter with a group of Iranian Christians in Tehran. While urging Titus to become a believer in Jesus Christ, they manage to smuggle him out of Iran to freedom in Turkey.

Will it help him deal with his past?

Returning to the States, he discovers his Iranian mission failed because of political infighting within the Agency. In a hot-tempered outburst, he delivers a scathing indictment against the Deputy Director of Operations, and, as a result, the deputy forces Titus to take a year’s medical leave in Oklahoma.

How will it change his future?

Before leaving Langley, Virginia, Titus learns he’s been targeted by a Hezbollah assassin hired by the Iranians. Now, while trying to figure out what it means to be a follower of Christ, he must decide if the Iranian couple he meets in Norman, Oklahoma has ties to the man who’s trying to kill him, and if Nikki Saxon, a local detective with an intriguing past, can be trusted with his secrets.

What Inspired You to Write Your Book?
I was inspired to write this book when I heard about the persecution experienced by Iranian Christians in Iran. Then, since I have a passion for the mystery/suspense/thriller genre, I asked, “What would happen to a veteran CIA intelligence officer if he encountered the faith and commitment of a group of Iranian Christians? What if he made a commitment of faith because of their influence? What would happen in his career if he began trying to live a totally different life, a life of faith?

How Did You Come up With Your Characters?
Titus Ray, my protagonist, is a strong, battle-hardened covert agent, yet he becomes uncertain and vulnerable following a failed mission in Iran and his subsequent commitment to the tenets of Christianity. He grew up dealing with an alcoholic father, who was emotionally absent from the family. Titus is a composite of a number of personalities I have had the privilege of knowing–outwardly strong, but inwardly fighting a number of demons.

About the Author:
Luana picked up her first adult spy novel when she was eleven years old. Today, she continues to have a passion for the thriller/suspense genre of fiction, along with a smattering of interest in historical fiction. In addition to being an avid reader, she is also a news fanatic, following events around the world on a daily basis, particularly the Middle East.

Luana is a minister’s wife and has lived in Norman, Oklahoma for the past two decades. Previously, she resided in several different states in the South and Midwest. Along with her husband, she also served as a missionary in Costa Rica and Venezuela.

Occasionally, she reports on the experiences of newly converted Christians for Baptist Press, a national news service for Baptists. At one time, she wrote a weekly column for The Indiana Baptist entitled “A Story To Tell” describing how ordinary people became followers of Christ.

Links to Purchase eBooks
Link To Buy One Night in Tehran: A Titus Ray Thriller by Luana Ehrlich On Amazon