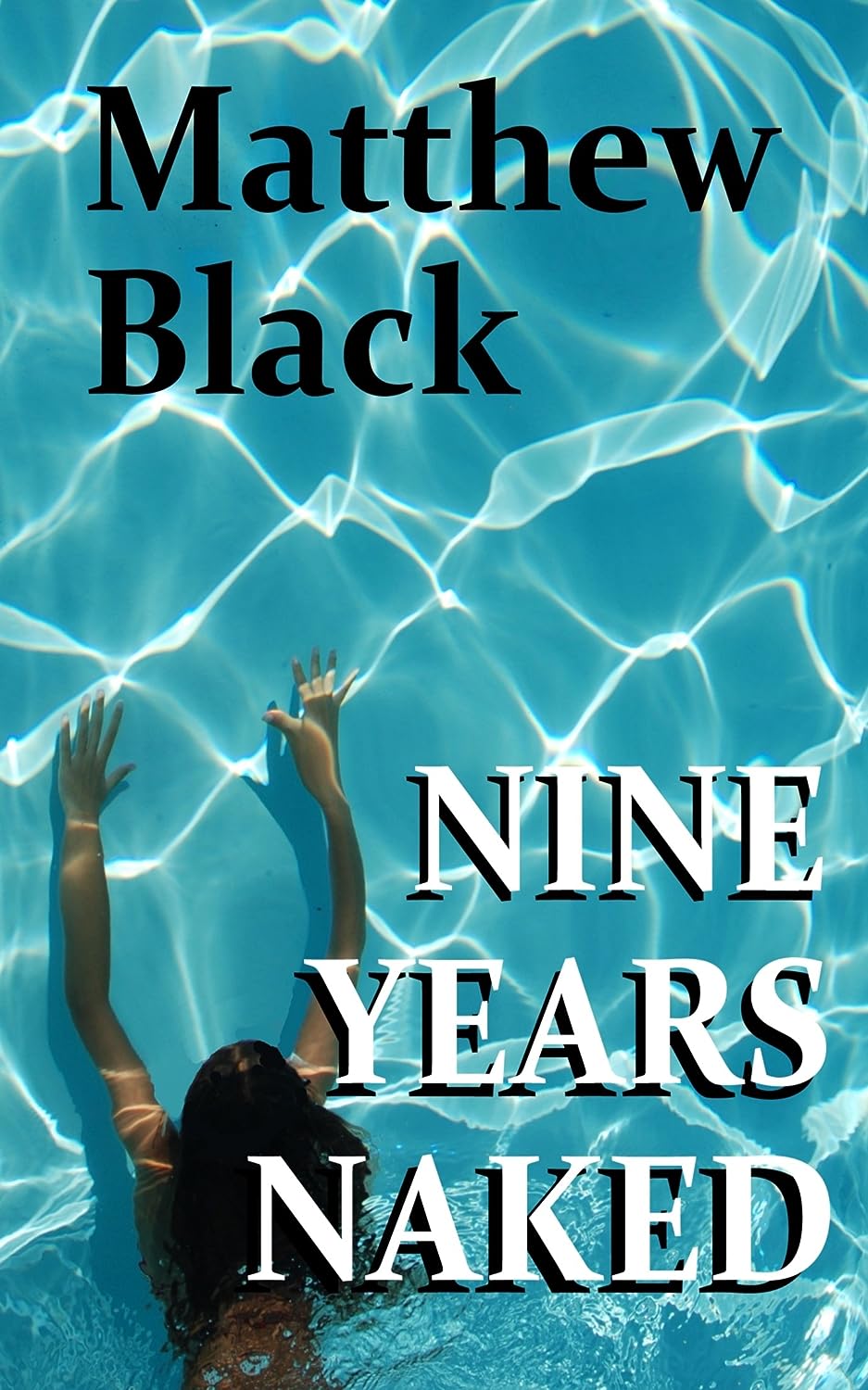 Brad Dixon has a secret, and although he would like to be more open about the fact that he and his wife are naturists, Brad is worried that his career would be jeopardized if his colleagues at Two Valleys District Council were to find out. So when tragedy strikes at his beloved Hidden Lake Sun Club, Brad finds himself faced with an impossible conflict between his work at the Council and his desire to help the club avoid financial ruin – particularly in view of the lurid goings-on alleged to take place there. Things go from bad to worse when an Open Day at the club designed to attract new members succeeds only in encouraging those for whom a ‘naked lifestyle’ can only mean a sexual free for all.

Can Brad help the club avoid ruin? Can he avoid the voracious appetite of a reincarnated Queen of the ancient Iceni tribe and worse still that of her drug-crazed husband? Did the club really released an over-inflated love doll into the path of the local air-sea rescue services? Does corduroy absorb diarrhoea better than other fabrics? Is it really appropriate to enjoy a whole body orgasm within two kilometres of a place of worship? These questions and many others are almost answered as Brad struggles against the British attitude to sex, nudity, and the madness that is the English planning system.

What Inspired You to Write Your Book?
As a naturist I see how the public generally – and completely incorrectly – associate nudism with sex. In fact, naturism is about respect for others, accepting people for who they are, and enjoying the natural world. So this conflict between the public perception of nudism and reality provides opportunities to exploit this misunderstanding.

How Did You Come up With Your Characters?
Some of them are completely imaginary and other are very loosely based on people I have known over the years.

Book Sample
Brad (a nudist) has just explained to his mother (Gwen) about his choice of a clothes-free lifestyle:

‘So what do they think about it at work?’ asked Gwen.

‘I haven’t told them actually’ replied Brad. ‘Some people can be really strange about it. I mean it really shouldn’t be a big issue because it’s perfectly natural to be naked, but society brings us up to automatically associate nudity with sex. People tend to be undressed when they have sex, ergo if you are undressed you must be involved in some form of sexual activity. That’s complete nonsense but I’m a bit concerned that if they found out at work it could jeopardise my career prospects, so I’d rather avoid them knowing anything about it at present.’

‘What do you do these days?’ asked Gwen.

‘You know what I do Mother. I’m a Planner at the Council and Leanne works in the Finance section.’

‘Which Council is that then?’

‘Two Valleys District Council. You know, the one you and I both pay our Council Tax to?’

‘And what is it you plan? Weddings? Oh, that’s lovely. I do like a nice wedding.’

Brad sighed. His mother had never fully understood what her only son did for a living even in her earlier years and this was to be the umpteenth time he’d explained it to her.

‘I don’t plan things Mother. I have to assess other people’s applications for planning permission – When they want to build new houses or factories, that sort of thing. They make an application to the Council and I have to assess whether their proposals are acceptable or not. Then I have to produce a report to the Chief Planner or if it’s controversial I have to make a presentation to the Planning Committee.’

‘You mean you have to make a speech?’

‘No, just make a brief presentation. Then the elected politicians who make up the Planning Committee ask me some questions, and then they have a debate and take a vote whether to grant permission or not.’

‘I’ll have come over to the Council and cheer you on sometime,’ said Gwen. ‘That would be nice don’t you think?’

Brad didn’t say anything. It was tough enough to stand up in front of the Council’s Planning Committee and make a presentation in public without his mother sitting there telling the people around her that her son had problems with his gentleman’s equipment and that his wife was a bitch who had left him because she’d discovered he was a homosexual who planned weddings in his spare time. But Gwen didn’t wait for Brad to reply. Her mind had drifted back to a time even before Woodstock and the age of free love.
‘Do you know, I made a speech once. How did it go now? Oh yes, I remember: ‘We shall fight on the beaches, we shall fight on the landing grounds, we shall fight in the fields and in the streets, we shall fight in the hills; we shall never surrender’. It went down awfully well you know.’

‘Yes Mother. I’m sure it did’ replied Brad, realising that his mother was well and truly away with the fairies and hoping it was only the effects of the gin and not nature that were to blame. While he was pondering other less palatable possibilities Gwen took a large mouthful of her Peruvian Excellence and tonic and drained the glass before belching loudly. Then she slammed it on the table face down, pushed it across the table towards Brad and smiled.

‘When I was in the outback fighting crocodiles that’d mean I’d fight anybody in the bar’ she said.

‘I take it you want another?’ replied Brad.

About the Author:
Matthew Black originally trained as an engineer and then spent years travelling all over the world hopelessly trying to install electronic systems and fix them. Eventually he settled down to a proper job in an office and learnt how to use a computer. He holds a Master of Arts Degree in humanities from Westminster University and is also a graduate in computing.

Matthew’s first novel ‘Riga 123’ was never published and when his computer’s hard drive suddenly decided to pack up the file was lost forever. His second novel ‘Clothing Optional’ (about the owners of a struggling hotel who make their swimming pool available to naturists)was published in early 2013. Although it wasn’t aimed specifically at naturists/nudists it gained some exposure within the naturist community, particularly in the UK and USA. Matthew’s third book ‘Over Exposed’ (police hunting a random flasher suspect the members of a naturist club of involvement and hopelessly try to track down the culprit) was originally published under a different title but was withdrawn as it had distinctly undesirable connotations in some countries. Such are the joys of globalisation.

Matthew’s latest novel ‘Nine Years Naked’ was released in June 2014 and within a few days had reached #5 in adult humor on Amazon Australia. He is married and lives in rural East Anglia, north-east of London.