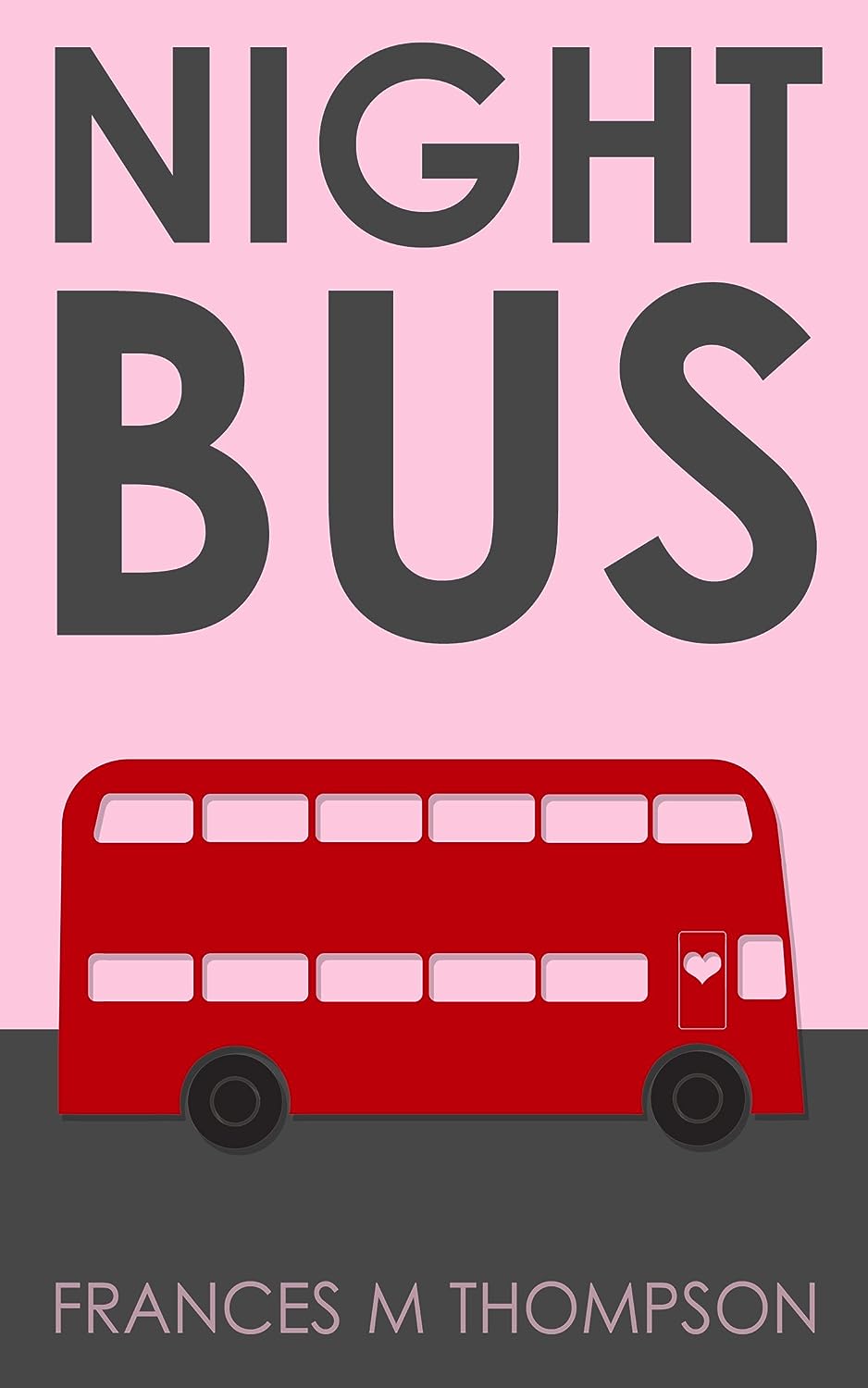 Tilde O’Hara is an English woman with Irish parents and a Swedish name.
Tilde O’Hara lives in London with two cats who don’t like her very much.
Tilde O’Hara has a job she loves, a gay best friend she loves and a maisonette she loves, albeit really a bed-sit.
One night Tilde O’Hara meets an old woman on the number 94 bus and everything changes.
Night Bus is a gentle and thought-provoking short story about dreams, love and the strange things that happen when you get the night bus in London.

What Inspired You to Write Your Book?
I lived in London for most of my twenties and I spent much of that time single and trying my best to navigate the treacherous dating scene many Londoners both love and hate.
I also met a lot of strange people on the night bus home, often after a bad date.
Night Bus is the culmination of both my observations of how hard London can be on a young single woman and how those meetings with odd people on night buses can be as inspiring as they can be bizarre.

How Did You Come up With Your Characters?
In many ways Tilde is quite similar to me; she is quick to jump to decisions and yet often questions her judgement at a later date. She is torn between being determined and strong, but also finds herself feeling weak and confused. I related to her in many ways. However, she is a cat lady, which I’m not. Yet.

Ste was much more fun to write. In some ways he’s really a sort of caricature of many of my best friends, as well as my own more flamboyant side that comes out every now and again.
Mr Embers was based on the sort of boss I would love to have. He is kind, firm and personable. I’d love to sit with him in a pub one day.
Bert and Ernie, Tilde’s cats, well they were inspired by all of the many aloof cats I have met and tried to love, but got nowhere.

She didn’t sit up suddenly like the films would have you expect. Rather she lay very still and very rigid, opening her eyes slowly and looking into a new darkness. Tilde moved her legs around, feeling for the two cats who usually slept at the end of her bed. Only once her toes had touched two familiar lumps did Tilde exhale a long trail of air and lift the covers off her face.

Heat began to return to her body and a sense of reality diluted her angst, but not for long. She sat up, reached for her phone and dialled her friend’s number.

“Ste!” She said after the ringing stopped. “Are you alright?”

“Morning, Tilly. How are you feeling this morning?”

“Me? I’m fine!” Though she suspected she didn’t sound it.

“Not even a teeny weeny bit hungover?” Tilde heard the unmistakable clatter of London traffic in the background.
“Why would I…? Oh Ste, are you alright? I called to find out if you were okay.”

“Well, that’s very nice of you. I’m fine, running late, as per every day of my sorry life.”

“I’ll pretend you didn’t say that.”

“Tilde, we only spoke about seven hours ago. Are you sure you’re not still drunk?”

“How are your arms?” She threw the question at him quickly, like a dart.

“Yes, are they both attached to your body…?”

“What the hell are you on about? You are still drunk!”

“I’m not drunk… Wait. Was I drinking last night?”

“Yes, you called me on your way home last night. You were on the night bus on the way home from your “Stitch and Bitch” class. Said you’d had a few gins. You were telling me all about the characters on the bus, but you never have been able to whisper quietly so I told you to get off the phone before you got yourself in an unnecessary amount of bother.”

“I called you? What time?” Tilde had no recollection of the bus home though she could feel the blunt pressure sores on the tips of her index fingers that came from two hours of knitting.

“Must have been about half eleven, maybe later. I can’t remember; I was tucked up in bed like the good boy I’m not. What’s all this about my arms?”

“Oh Ste, I had this horrible dream… a nightmare. The cats went missing, you lost your arms and George Embers sacked me!”

“Gosh and golly. What kind of gin were you drinking?”

“I can’t remember. Ste, I can’t even remember getting on the bus,” Tilde chewed the inside of her lip and realised how dry her mouth was. She got up to get a glass of water.

“Why did Embers fire you?”

“He said… Oh.” Tilde stopped in her tracks, remembering. “It doesn’t matter; it was just a dream.”

About the Author:
Frances M, Thompson is the author of Shy Feet and London Eyes, two collections of contemporary fiction. She is from London, UK.

Shy Feet: Short Stories Inspired by Travel is her first collection of stories and it was written while Frances travelled the world, spending time in many of the destinations she writes about.

London Eyes: Short Stories is a compilation of short fiction about London. It is a moving and humorous collection of stories, inspired by the people, places and experiences Thompson encountered while working and living in London.
While she writes about a wide variety of people, places and themes, there are always consistencies in Frances’ writing; her characters are identifiable, vivid and perfectly flawed, you will enjoy more than a few gentle laughs, and you will always be left with something to think about long after the final sentence is read.

Since October 2011, Frances has been travelling full-time while freelancing as a copywriter, researcher and travel writer. Frances writes a blog about her many journeys – travelling, writing stories and getting lost in new cities – called As the Bird flies (www.asthebirdfliesblog.com). She is currently based in Amsterdam where she is working on her first novel.