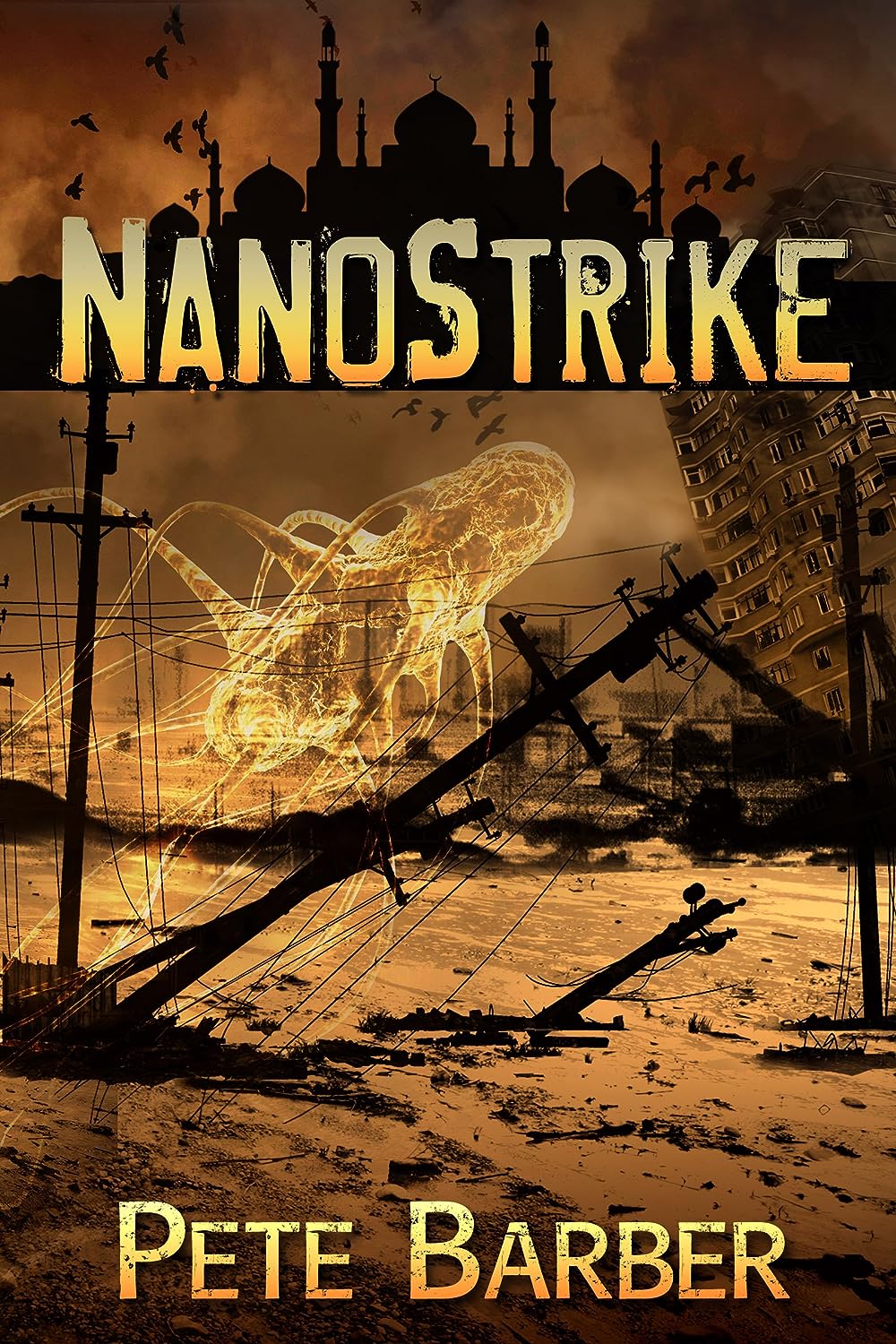 Islamic terrorists attack a London Underground train, slaughtering two hundred innocent travelers in seconds with a nanoweapon small enough to hide in a hint of perfume.

A shockwave of fear grips the western world. The unthinkable has happened–the crazies possess a weapon of mass destruction that can be deployed at will and against which there is no defense.

First responder, Detective Chief Inspector Quinnborne, defies orders and hunts for the weapon’s unhinged, genius creator. The authorities label Quinnborne a traitor, but when the nanotechnology spirals out of control, his grit and bloody-minded determination become humankind’s last, thin hope for survival in a world on the brink of destruction.

What Inspired You to Write Your Book?
I wrote the opening scene, which features an attack on a London Underground train, a few years before the terrorist attack that actually happened in London in 2005. For years I traveled on Underground rail, and I have a lively imagination! The book developed from that point, but I did shelve the idea for a number of years due to the sensitive nature of an actual attack occurring.

I chose nanotechnology as the MacGuffin because it’s a fascinating concept. Nanotech ‘grows’ products from their atomic constituents rather than assembling them in a manufacturing facility. As with all technologies, it can be used for good and for evil. In the book, the technology is used to turn garbage into gasoline. A possibility, and also a real boon for mankind.

How Did You Come up With Your Characters?
Detective Quinnborne, the problem solver, is a hybrid: an Englishman, living in London who grew up in America. I’m the reverse, an Englishman who immigrated to America. I liked the ‘difference’ his roots provided, and I was able to lean on my personal experience of both cultures. Much of the book is set in the Middle east, I worked for an Israeli company for over ten years, and used that knowledge to color the characters and scenes.

Dawud, the genius who builds the technology is a devout Muslim. I researched the Hajj extensively for the book (the pilgrimage to Mecca) and its transformational effect on the young man is the pivot on which the book turns.

Although the characters initially appear to be stereotypical–bad Muslim, good cop–they ended up being quite the opposite to some extent. I’m proud of the way even the most evil of my antagonists still has redeeming features. After all, the world is gray, not black and white:-)

About the Author:
I was born into a blue-collar family in Liverpool, England–missed The Beatles but did go to The Cavern a few times (a real dump). After immigrating to the US in the early 90s, I became a citizen.

Burned out from twenty years in the corporate madhouse, I escaped to Lake Lure, North Carolina where I live with a couple llamas, two spoiled dogs, a brace of cookie-eating goats, numerous chickens, one ferocious cat, and a wonderful wife who thankfully understands my obsessive need to write fiction.

Links to Purchase eBooks
Link To Buy NanoStrike On Amazon