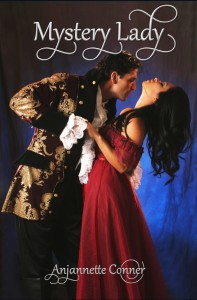 Found battered and near death, a mysterious raven-haired beauty brings turmoil and intrigue into the lives of the Chandlers in post-Revolutionary America when she wakes up and reveals a shocking truth—the brutal attack left her with no memory. Immediately drawn to her fiery spirit and captivating violet eyes, Zachary Chandler vows to find the man responsible and learn her identity. The only clues—her pronounced English accent and a gold pocket watch with the King’s crest—point to a conspiracy that will either reveal her to be a traitorous British spy or an innocent victim. As dark forces work furiously to eliminate her, Zach struggles to uncover the truth while protecting his heart. Is his mystery lady the angel she appears to be or the ultimate key to his downfall?

What Inspired You to Write Your Book?
I am a lifelong lover of historical romance novels, so stories based on historical time periods and characters come very naturally to me. I focused on the Revolutionary War era for this particular book partly because I haven’t run across many books set in that time period. I thought it would be interesting to use an out of the ordinary setting.

How Did You Come up With Your Characters?
I usually decide on the core characteristics for my characters before I start writing, but the deeper details often evolve as the story progresses. At times, the characters end up significantly different than my original vision.