You are here: Home / Children and Young Adult Books / My Own Private Hollywood by Amelia Allen 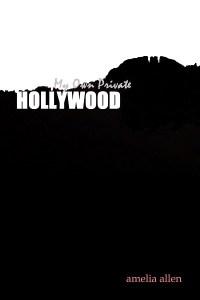 My Own Private Hollywood is a YA romantic comedy about the unorthodox adventures of a young woman named Mona Benjamin:

Mona is your average girl—until she meets the runaway celebrity heartthrob Dmitri Dante. Now she can be not-so-average, the girlfriend of the most beautiful man on earth, and live happily ever after, right? Well, there’s just one thing: She hates him.

What Inspired You to Write Your Book?
I moved to Fort Collins, CO at the tender age of 15, a time when I was introduced to films such as Moulin Rouge and 16 Candles and When Harry Met Sally, so that’s where a lot of dreaming about my own love life took place…which led to the birth of My Own Private Hollywood, since my own love life proved to be very nonexistent. It was not long after that when I saw 17 Again in theaters and decided Zac Efron was tolerable. (High School Musical. Just. No.) And wouldn’t mind if he happened to come to the town I lived in. And meet me. And we hung out. And lived happily ever after.

How Did You Come up With Your Characters?
Mona is essentially me. My 15 year old self, anyway. And Dmitri is Zac Efron, or course, and what ensues is what would happen had Zac Efron came to Fort Collins and fell in love with me. First, might I add, he fell in love with me first. Because I’m amazing.