You are here: Home / Non-fiction / Murder In Dordogne by William S. Shepard 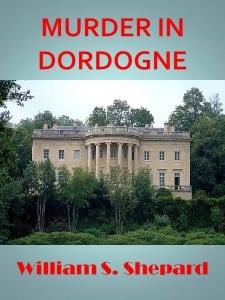 “Murder In Dordogne” is a diplomatic mystery, which takes place during the honeymoon of an American dipolomat, Robbie Cutler, and his bride Sylvie. The region is beautiful, historic – and deadly. A cave expedition discovers a victim of the War .. or was it murder? Robbie and Sylvie are soon sorting through the past, the Occupation, and the mysterious theft of a Van Gogh from the French White House. But then, shots fired at them show that the mystery is not just in the past!

William S. Shepard was a career diplomat who served in France and knows this region thoroughly. He now lives on the Eastern Shore of Maryland, and teaches American history, and writing, as he plots the next novel in this diplomatic mystery series.