You are here: Home / Fiction / Moral Justice by Catherine Michael 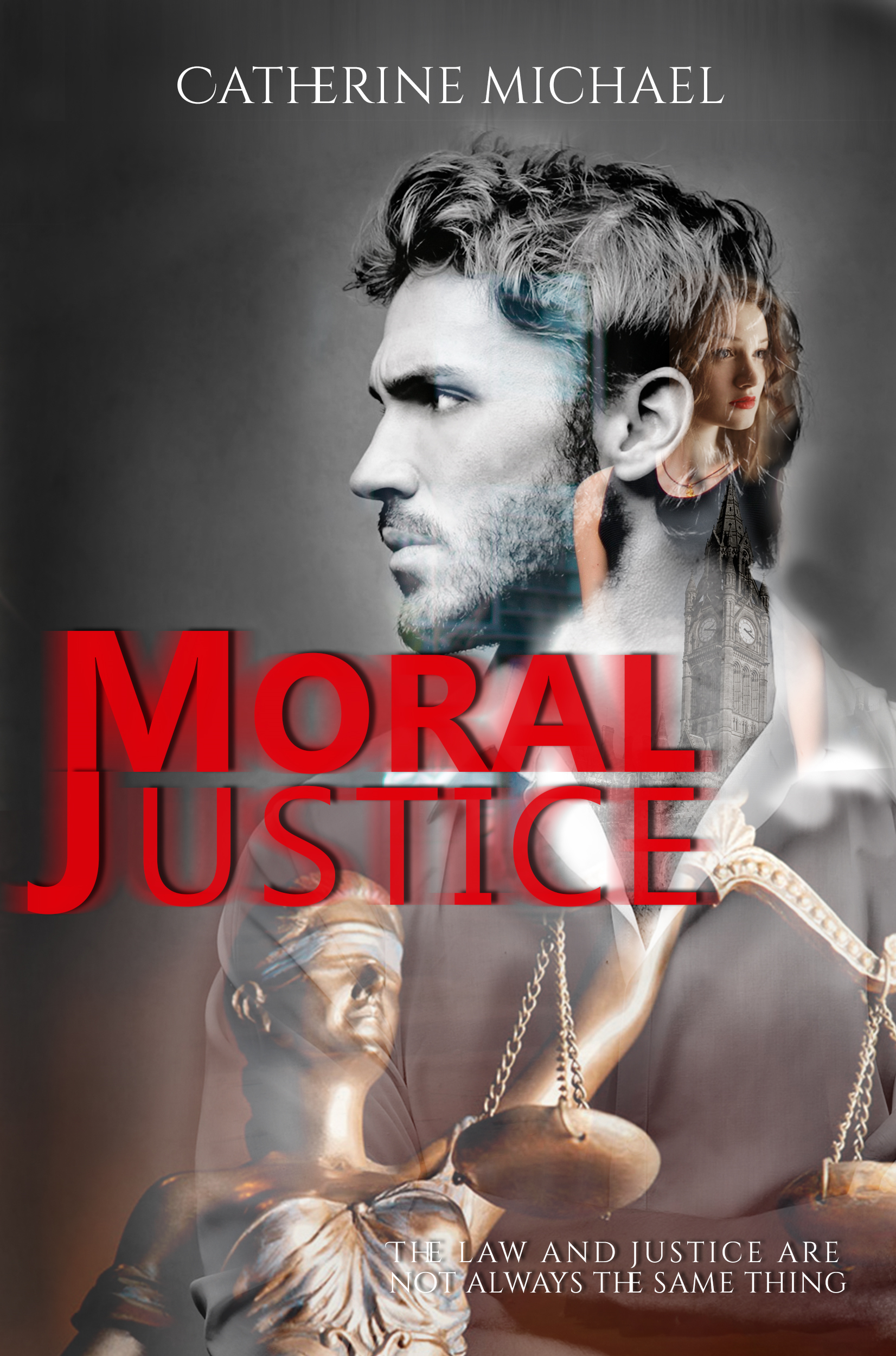 Moral Justice is the first book in a trilogy based on criminal defence work. Moral Justice explores the moral dilemma a Manchester barrister faces when he realises the law may not deliver justice.

Three young Manchester barristers, Dominic, Phil and Ged have their fair share of ups and downs but, in the main, they love the work they do. They entered the profession because they have a passion for justice, an innate sense of what is right and wrong.

What Inspired You to Write Your Book?
The inspiration for this book came when I was a criminal defence lawyer in Manchester. After a particularly gruelling day, I and some colleagues went to the local bar to drink away the angst. A colleague uttered a throwaway comment and it stuck in my head. I knew then that I had to write it.

How Did You Come up With Your Characters?
The characters are an amalgamation of different people I have met throughout my life. I didn't want to base the characters on actual lawyers that I know so I made sure that characters, descriptions, mannerisms could not be traced back to any of my former colleagues, who I'm still in touch with!

Book Sample
Ged, not used to two nights out in a row anymore; he wasn’t sure he ever was. At two Erdingers in he slouched in the corner of the booth at the end of the bar. “Do you know what? My in-laws have been weird to me.”
“What do you mean, weird?”
“Well, there’s this case that has just reached a verdict, back in Dublin. Extremely long story short,” he slurred. “Defendant found not guilty after being charged with arson and attempted murder. A house was petrol bombed with two young children inside.”
"What’s that got to do with you? They realise you didn't defend him?"
Ged carried on, "They know that, but they’ve got this tendency to lump ‘types’ together. You know? Defence lawyers are all the same. You know? Muslims are all the same." said Ged.
In the blink of an eye, Ged went from being indignant to despondent. “I’ve stopped talking to them about my work now, especially the ‘successes’, it’s not worth the condemnatory silence.” He lifted his drink and lost his thoughts in the froth in the glass.
Phil rotated his cigarette lighter between his fingers and pondered Ged’s words.
“Okay let’s play a game. If you had a groundhog day, a day of no repercussions, no guilt, no shame, nothing, what would you do? Don’t say ‘spend the night with Angelina Jolie’ because you know if you had a groundhog day until the end of time that would never happen, I mean just relating to work.”
Ged, with mock indignation, replied. “I’m hurt. You don’t seem to realise she is settling for second best with Brad.”
Phil leant forward, his forearms on his thighs, a conspiratorial glint in his eyes. “If there was one guy or girl you’ve defended, but deep in your gut, in your craw you believed him to be guilty, what would you do?”
As he leant forward, the question penetrated Ged’s brain; elbow on knee, chin in palm he thought hard, his gaze extending beyond the wall of the bar.
Phil sat up, leant back with his hands behind his head, crossed his ankles and cast his eyes upwards. He spoke with mock gravitas and seriousness. “I think I would go for Paul Matthews.” He thought, for a second. “No, Matthews, for sure.”
Phil’s mind took the ingredients, checked the recipe and cooked the idea to his liking. “I’d take him for that drink he promised me. Get him in a car afterwards and tie him up.”
“What car?”
Phil glanced at Ged, his smirk confirmed that this was an important part of the plan. “Okay. A BMW, call it poetic justice. I would drive him to the home of the Chance family and lay him on the road outside their house. I’d knock on the door and tell them to get in the car.” He allowed his mind to go deeper into the abyss. “I’d slowly drive over his body, forwards, reverse, forward again, reverse again.” Phil, glassy-eyed, felt his heart race. “He’d be in so much pain. I wouldn’t stop until he was dead.”
Ged stared at Phil, wide-eyed and slack-jawed.
“Fuck me Phil. That’s dark.”
“It’s cathartic. Right, your turn. Who would you go for?”
Ged chuckled and contemplating his previous work history entered the spirit of make-believe. He wanted to do justice to the idea so mused on the question for a minute. His mind alighted on someone, he smiled and nodded. “Yeah, I’ve got it. Do you remember that case I had last year, Ray Hughes, the guy who punched his girlfriend senseless? Broke her jaw, fractured her eye socket? Him. I’d go for him.”
Phil laughed out loud. “I remember. And what would you do to him? Don’t forget, you need to make the punishment fit the crime.”
Ged, encouraged by Phil, smiled. “Well, as it’s a groundhog day and all, I’m thinking him, tied up in a boxing ring. I’ve got the gloves on.” Ged, in his mind, entered the ring, he feigned shadow-boxing at the image of Hughes. “Jab here, jab there, uppercut, throw a right to his belly and uppercut again. He’s on the floor, struggling to breathe, begging for me to stop. I prop him up in the corner and start railing on him again. He’s bleeding, I’m not stopping, I…” Ged caught himself, heard what he was saying and left the imaginary ring; he was back in the room. He gasped and placed his hand over his mouth. “Shit.”
They looked at each other and smiled, sheepishly. Both felt a little exhilarated and, a tad ashamed of their make-believe actions.