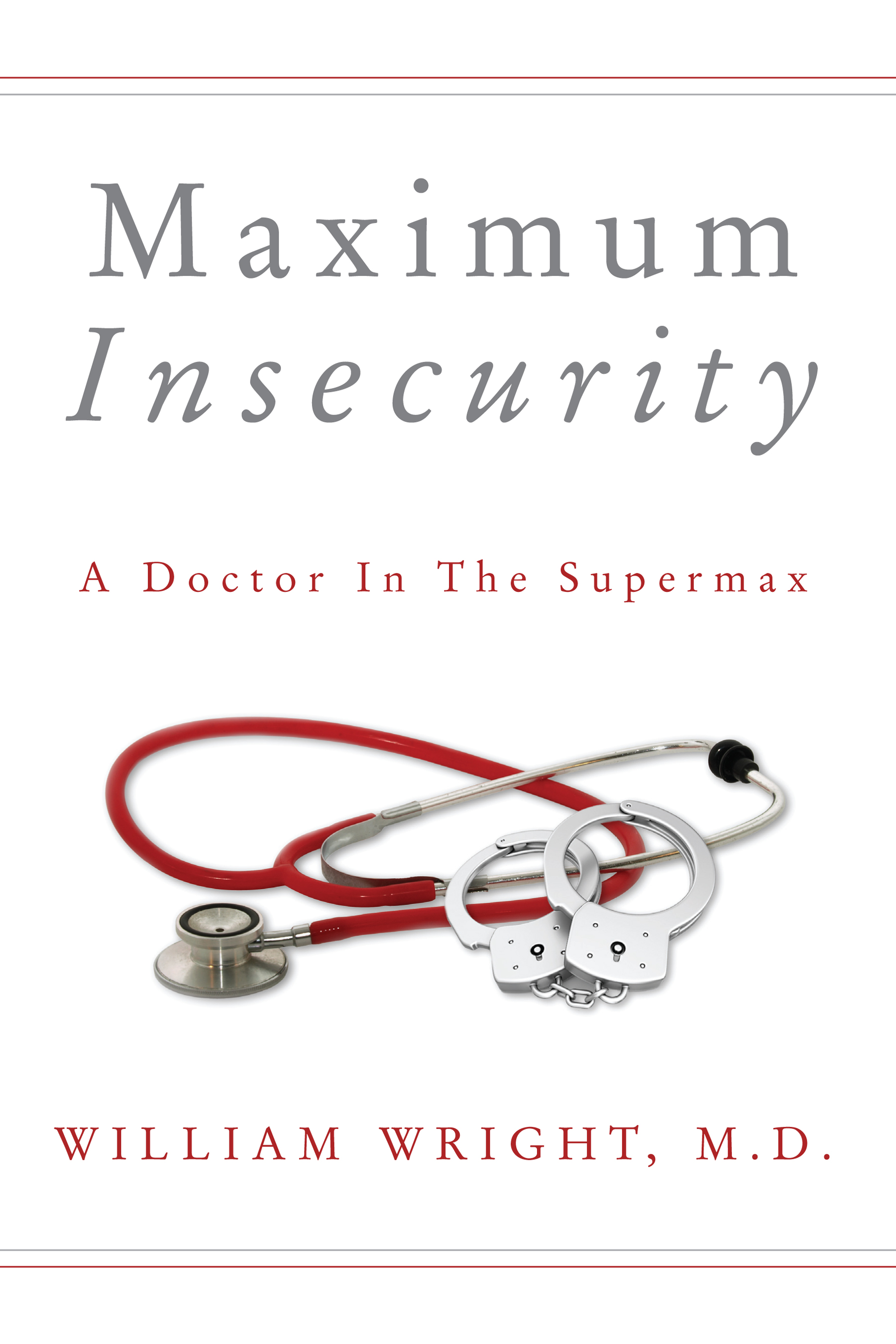 What inspired you to write your memoir?
I was an ear specialist and I was bored. I was looking for something different. I saw an ad recruiting a physician to work in Colorado’s maximum-security prison. Well, that was different.
Most of us, thankfully, will never see the inside of a supermax prison. People were fascinated by what I experienced in my day-to-day medical practice inside the walls. I started to keep a journal, and it got completely out of hand. I knew I had to publish it.

About your Book:
After three decades as a successful ear surgeon, William Wright, MD is bored beyond belief. He dabbles with retirement, but finds idleness infuriating. He has to do something.

Then he sees an ad for a doctor’s position from the Colorado Department of Corrections at a supermax prison. Now that, he thinks, would be different. His wife has some thoughts on the matter too. She thinks her husband just lost his mind and is on a collision course with a prison shiv.

After his first day on the job, he wonders if she wasn’t onto something. His first patient is an arrogant, callous youth convicted of five cold-blooded murders. Dr. Wright has to steel himself not to bolt.
Nothing prepares a doctor for life at the Colorado State Penitentiary. He quickly discovers treating maximum security convicts is like treating recalcitrant murderous four-year-olds. Always willing to threaten their doctors with bodily harm, they are more interested in scamming drugs than treatment.

Told with self-depreciating humor and scathing wit, Maximum Insecurity describes Dr. Wright’s adventures practicing medicine in a supermax correctional facility without, he’s glad to say, getting killed even once.

How did you decide how to publish your book and where is it published through:
I was getting nowhere writing query letters to faceless agents who either rejected the book or never answered at all. Self-publishing not only gave me the power to publish the book, but to control all aspects of its journey. It also gave me time to establish a reader base over time instead of watching a traditionally published book go into the remainder pile after six weeks. The seventy-percent royalty looked a lot better too.
Maximum Insecurity is published through Amazon and at times through Kobo, Apple and B&N. The print version is published via Create Space and Lightning Press (Ingram). The audiobook is via ACX.

How do you see writing a Memoir as different from writing other genres of books?
Not much. It all comes down to telling a great story.

Author Bio:
A resident of Colorado Springs, William “Bill” Wright, MD earned his medical degree at the University of Michigan. After working as an ear surgeon for thirty years, Bill spent eight years practicing correctional medicine with the Colorado Department of Corrections. He has published over fifty medical journal articles. Maximum Insecurity is the light-hearted adventure of Wright’s career practicing medicine in a supermax correctional facility.

A commercial artist and private pilot, Bill has three black belts and is a certified instructor of Aikido and Tae Kwan Do. He is married, with four children and six grandchildren.