You are here: Home / Short Stories / Matters About Monty by Kenna McKinnon 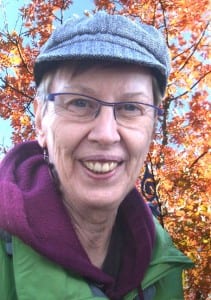 The only thing worse than hanging out with Monty was knowing he’d rather be with someone else, someone more popular, more attractive, but knowing he’d never have a chance with a girl like that. Knowing he was stuck with me.

Prim tagged along with us after school and the convo turned desultory. It’s hard to be cool when your little sister follows after you like a basset hound that’s lost the scent. Trouble is, I love little Prim and it’s hard to blow her off when you love your little sis like that, even though she’s a pain in the teakettle most days, and you know she’s a spy. My mom put her up to it, spying on Monty and me. Not that Monty was hot, you see, but mom didn’t know a hot boy as opposed to Ottawa Arts Review.

I thought we needed to solve this particular issue fast. As we turned up our street, which was at the end of a cul de sac in sort of a blind alley, I gave Prim a little shove toward the door where mom waited, cookies in hand, grabbed Monty’s arm and bolted toward the open spaces at the other end of Dean Street. He was breathless and continued to hold my hand until, panting, we dropped to our butts where Dean Street intersected Tyson Boulevard, out of sight of our house.

“What’d you do that for?” Monty’s face was red with zits and exertion. His dirty blond hair fell in his eyes and he flicked it up with his thumb.

“I felt like it.” I fiddled with the buttons on my cardigan. “She’s a spy. Like the Three Wise Men.” Monty’s hand was hot on my jeans. I sat huddled in the snow at the T intersection.

The street was quiet.

“Let’s go, sea donkey.” My cell phone crowed like a rooster. It was how I knew it was mine. Who’d be calling me? I only had one friend, and Monty, and my friend Deirdre would text.

Monty’s fingers fumbled with the folds of my sweater.

“It was a sudden decision. No, Prim’s perfectly all right at home. I don’t need her here with me, dad. No, tell mom I’m all right. Yes, Monty’s here with me. Yes, dad. Good-bye.”

Monty’s here with me. I’m all right.

My sweater pulled up over my jeans and his sweaty hands pulled on the layers of clothes.

“That’s enough, dude. I mean it.” In spite of myself, I felt a warm flush that began where his hands covered mine. He pushed me back into the snow. His breath smelled like peppermints. His body exuded heat and a sort of animal smell that was not unappealing. I grabbed his hand and bent his fingers back. I heard a snap and he gasped and sat up.

Prim found us ten minutes later. “Are you and Monty hooking up?” she asked. “Mom and dad had a horrible fight about you.”

“No,” I said. “We’re not hooking up. You’re wrong, Prim. It’s just that…we have nobody else.” Monty was walking away.

“That’s sick,” he said. The strains of Taylor Swift floated through the dark streets. We are never ever getting back together…A nervous fusillade of giggles tore through me and I sat on the street and laughed. It’s just that we were two losers, and I was stuck with him.

I got up and we started slowly back to our home, Prim and I. Mom met us at the door with cookies. I would text Deirdre tonight. It was going to be all right.