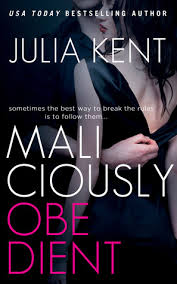 One playboy CEO. One curvy administrative assistant. One hidden camera.
What could go wrong?

Lydia Charles wasn’t about to obey any man, especially Matt Jones, her new boss. With all the looks of Christian Grey, and a commanding personality to match, he was under her skin in an instant. He took the job she wanted before they even met, and she wasn’t about to hand over her heart, too. Rather than trying to find a way to overcome his dominance, all she could think about was a way to get him into her bed, which was the last thing she needed for her career. Even if her body disagreed.

“Matt Jones” carried himself as though he owned the building, because he secretly did. “Matt” was really undercover CEO Michael Bournham, used to having everything his own way. Until he met Lydia Charles. She infuriated him, defied him. Which only made him want to possess her. He was determined to bend her to his will. Make her obedient.

Interest from Michael’s eccentric millionaire friend Jeremy left Lydia hot and bothered, with dreams about the three of them that made her want to obey Michael, but in the bedroom, not the boardroom.

When sparks flew and inhibitions faded, a night of unbridled passion in the office made Matt/Mike forget everything – including the rolling cameras – until it was too late.

What Inspired You to Write Your Book?
This book is part of a series.

How Did You Come up With Your Characters?
I get my inspiration from everywhere.

About the Author:
New York Times and USA Today Bestselling Author Julia Kent writes romantic comedy with an edge, and new adult books that push contemporary boundaries. From billionaires to BBWs to rock stars, Julia finds a sensual, goofy joy in every book she writes, but unlike Trevor from Random Acts of Crazy, she has never kissed a chicken.