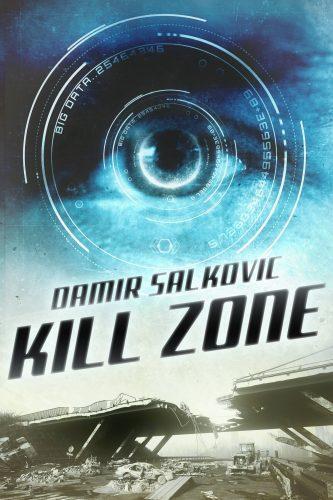 Frank Clayton’s life has fallen apart in the wake of his son’s death. His wife has left him, he has been blacklisted from employment and his citizen-consumer status had been taken away, leaving him no choice but to enlist in a murderous reality show. When an opportunity comes up to escape, he finds out that he still has something to live for: revenge.

What Inspired You to Write Your Book?
I was inspired by the looming threat of catastrophic climate change, which has since become a reality, the erosion of commitment to universal human rights, and the predatory maneuvering of large corporations seeking to capitalize on the aftermath of war and disaster. While I sought to portray the resulting future as horrifying and dystopian, I have no doubt that some will read about it and think "that's just what we need".

How Did You Come up With Your Characters?
The main character of Frank is my typical protagonist, an everyday, "normal" man cast into an abnormal situation. Over the course of the story, as he takes the fight to the powerful corporate interests controlling him, he also comes to realize how his own past behavior contributed to the dystopia around him. On the other hand, the man responsible for Frank's escape from the kill zone is someone from the privileged corporatist milieu who finds a conscience.