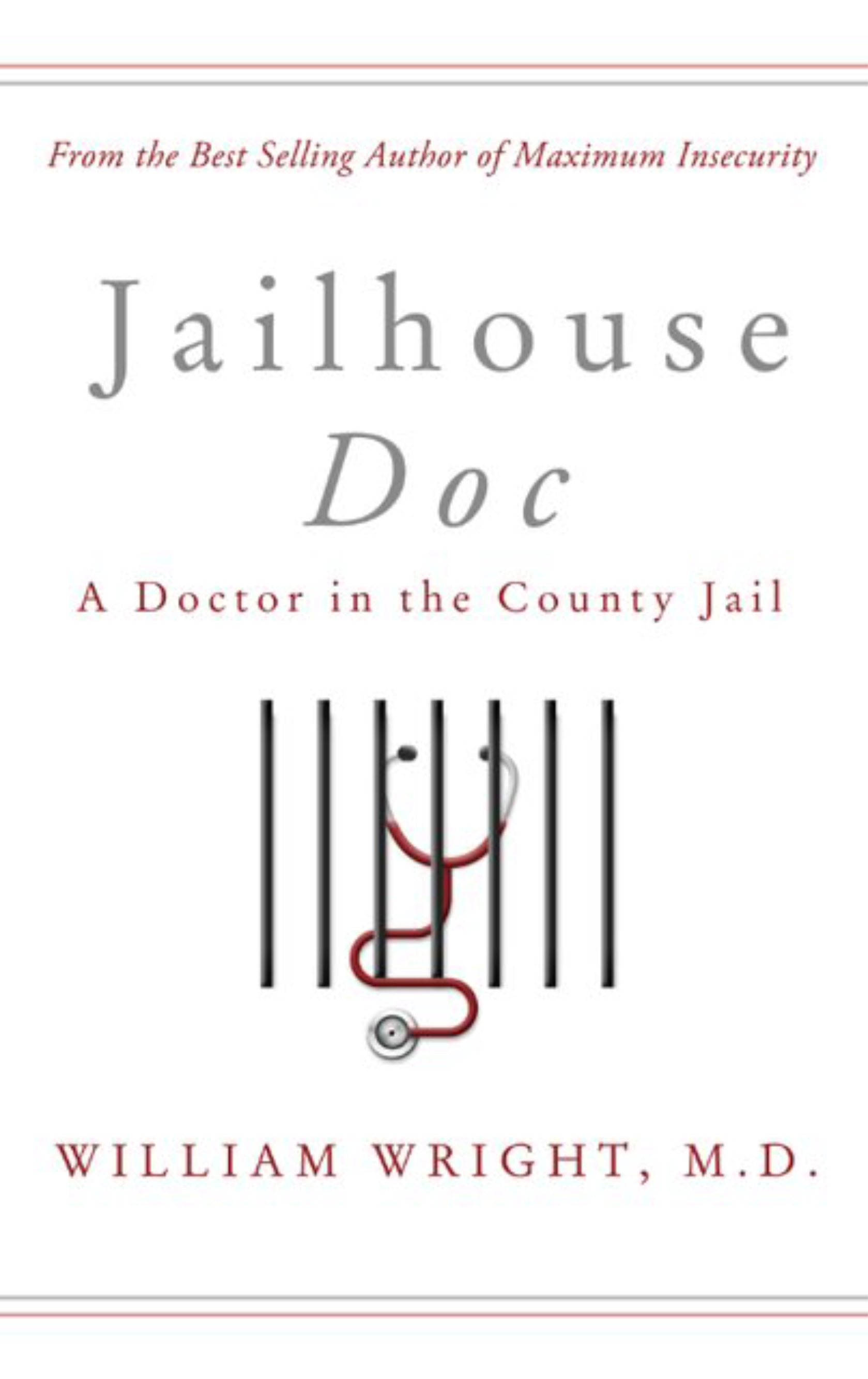 What inspired you to write your memoir?
Most people will never see the inside of a jail nor know what goes on inside the walls. When I became medical director of the El Paso County Jail, I knew I had to record the environment, events and people that I met. I’d already found success with my first book, Maximum Insecurity, about being the doctor in Colorado’s supermax prison, so I knew people would want to know about the jail too.

About your Book:
Dr. William Wright gave up a suburban practice as an ear surgeon to become the doctor at Colorado’s maximum-security prison. After that, running a medical clinic at the county jail should be a snap, right? Oh, brother…

Hoards of desperate people fresh from the streets, homeless addicts, illegal aliens, and gangbangers all ruled by a corrupt sheriff and his concubine sidekick made the supermax look almost pastoral.

Told with humor and biting wit by the best-selling author of Maximum Insecurity, Jailhouse Doc follows Dr. Wright and his struggles with scamming inmates, corporate bureaucrats, and a sheriff who wants to be a doctor.

Peek behind the bars at the operations of a city jail and the daily battles to deliver medical care to a population on the edge.

How did you decide how to publish your book and where is it published through:
I decided on self-publishing after frustrating months of either rejections or no replies from agents I contacted by query letter. Amazon had one of the easiest hand-holding paths for new authors, so I went with them.
I publish e-books with Amazon and sometimes with Kobo, Apple, and B&N. The print books are published with Create Space and Lightning Press (Ingram). The audiobooks are through ACX.

How do you see writing a Memoir as different from writing other genres of books?
Not much. It’s all about telling a good story.

Author Bio:
William Wright, M.D., currently Medical Director of the Cheyenne Mountain Re-entry Center, is a graduate of the University of Michigan Medical School. A private pilot, he is the holder of three black belts and instructor certifications in Tae Kwon Do and Aikido. He is a commercial artist (www.WilliamWrightArt.com) and plays guitar poorly in his spare time. He lives in Colorado Springs with his wife, Mollie, and a variable number of fur-bearing companions. His first book, Maximum Insecurity, is a memoir of his eight years as the physician in Colorado’s supermax prison. Jailhouse Doc is a memoir of his time as Medical Director of the El Paso Criminal Justice Center in Colorado Springs.