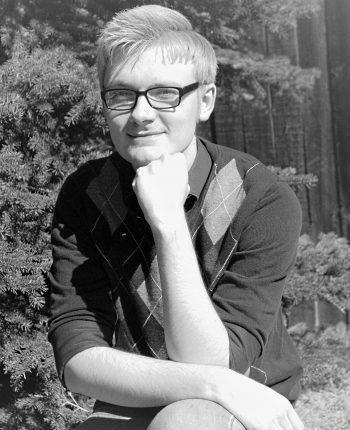 About Zach Adams:
Author Zach Adams has had a passion for writing and storytelling his entire life. However, he didn't decide to pursue it as a profession until he realized that working in retail was completely draining his remaining life force. And so, Adams set out to create a fascinating and captivating novel, which he achieved in his debut work, Dead Man Walking. Having a general distaste for his current reality, Zach aspires to escape into the science fiction and fantasy worlds that he creates. And by doing so, he aims to share this escapism with his readers (who are probably also incredibly tired of the current state of things). Zach was raised by an anthropomorphic ostrich, and is a seasoned time traveler. Coincidentally, he also enjoys making up utter nonsense about himself. Currently, Adams lives in Alaska with his cat Gamora (who he does not plan to sacrifice on Vormir).

What inspires you to write?
An incessant need for attention, a deep-seated aversion to being an employee, and the occasional voices in my head.

Tell us about your writing process.
I always try to outline everything in advance, but I'm impatient and have the attention span of a squirrel. As soon as I have anything to work with, I jump into the story until I run into an idea that doesn't work, then return to notes. My Google Drive is a jumbled mess of character sheets, settings, plots, translations, timelines, etc. which I spend more time updating and alphabetizing than actually writing stories. Somehow, making everything more difficult than it needs to be motivates me to work harder.

For Fiction Writers: Do you listen (or talk to) to your characters?
Usually, my characters and I get along fine. When they argue, I simply add a fight, chase, or similarly dangerous scene for them to suffer through. If they want it to take hours to cross a room, then that room will end up on fire or full of monsters until they behave themselves.

What advice would you give other writers?
Be consistent, and don't wait until the last minute to do anything. Basically; if I would do it, don't.

How did you decide how to publish your books?
I chose to self-publish because I am a bit of a control freak. I'm most familiar with the environment of working in/with a band to produce and release material independently, so it made the most sense to me to go a similar route with a book.