You are here: Home / Interviews With Authors / Interview with Author – WILLIAM JAMES DORSEY 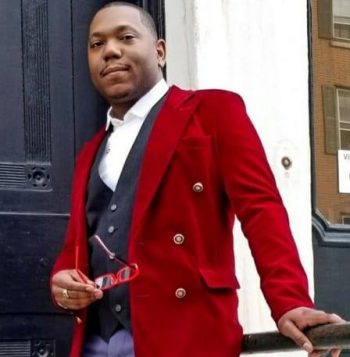 About WILLIAM JAMES DORSEY:
William James Dorsey better known as Dorsey (Born November 8, 1984) in Delaware is currently a Network Security Video Systems Specialist and has experience in Data Security, Photography, Modeling, Protective Services, Design and Information Technology. Ordained by United Life Church with a Graduate Certificate in Information Security and a Bachelor’s Degree in Technical Management he is both a member and avid supporter of Equal Rights for People of Color and the LGBTQ+ Community.

Dorsey; after being placed in foster care and group homes, was eventually raised by his grandmother. His father left his mother who had been abusing Dorsey for years. On his own at 15, he had lived and traveled many places, dealt with homelessness, depression and learned that family is not just biological or blood, it can be composed of those around you who support you.

So far I have written Three (3) children’s books and One (1) Self Help Book.

What inspires you to write?
I was always told that I have a story that should be told that is worth telling. Once I was able to see that I wasn't the only one who had been there and done that so to speak I decided to share my experiences. I feel that there is a lot of info that I could contribute as well as share that could hopefully help someone through what they are going through.

What authors do you read when you aren’t writing?
Authors well let me see ok I have always liked James Baldwin, an up and coming author M. James Cooper, Sun Tzu and Lewis Carol.

Tell us about your writing process.
One of my most unusual writing habits is when I tend to write notes on several different notepads and post its. Then later like puzzle pieces I have to go back, organize and combine them to create a final document.

For Fiction Writers: Do you listen (or talk to) to your characters?
I do kinda throw out there to myself how they would respond and what makes them happy or sad. I like to breath life into my characters.

What advice would you give other writers?
Don’t rush it and just let it flow. I find that when I have writers block if I do a hobby or whatever I think of during that time of writers block it normally helps a lot.

How did you decide how to publish your books?
I did a lot of research and ended up with Amazon because most people shop their platform.

What genres do you write?: Childrens, LGBTQ, SelfHelp