You are here: Home / Interviews With Authors / Interview with Author – Wesley Robert Lowe 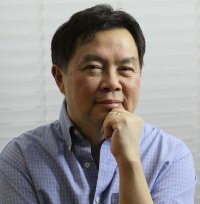 About Wesley Robert Lowe:
Wesley Robert Lowe’s passion is to grab readers with stories that hang on deep into the night, long after they’ve turned the last page. Contemporary worlds infused with mysticism. Breathless, brain-twisting plots. High-stakes suspense that churns the psyche. Stories where disparate worlds clash, collude and collide.

Thrillers that grip the soul.

Lowe has played in a rhythm and blues band, composed scores for Sesame Street, produced an internationally recognized indie feature film, acclaimed documentaries, and headed a $5 million community fund. He has a Master’s of Music degree and has been Chaplain for Chinese-Canadian WWII veterans since the mid-1990’s.

What inspires you to write?
I want to read stories that resemble the multicultural and multifaceted worlds I am part of. Sometimes you need a bit of explanation, sometimes the story can carry itself. But always, I want to be entertained and maybe just a little enlightened.

Tell us about your writing process.
I travel extensively for work and pleasure: In Asia, I have wined and dined with government officials in Beijing and Shanghai, explored the slums of Manila, Shanghai and Hong Kong, played with tigers and rode elephants in Thailand, was greatly impacted by visiting the War Museum in Saigon (by the way, in Vietnam, they call it the “American War,” not the “Vietnam War”‘; in North America, have traveled across Canada and the United States as a multiculturalism consultant and speaker, film-related projects and family; and been gawking tourist in Europe and Mexico.

But wherever I go, I make it a point to meet with the locals, speak to them of their issues and get to know them. Maybe the best example of this is when I got a haircut along the roadside in Vietnam. After the haircut, the owner of the shop took me upstairs to where he lived. He proudly showed me his kitchen with running water and the special room where the ashes of his parents and grandparents were.

These experiences are part of my life and some of them make it into the stories I write.

How did you decide how to publish your books?
There are many talented thriller writers out there, many fantastic action authors and many masters of paranormal storytelling.

However, there are few of us that are products of East and West that integrate this background into our stories. My family has been in North America for over a hundred years but I still have deep roots in the Chinese community and am the product of a multicultural heritage. I grew up watching Bruce Lee and Muhammad Ali, reading Mario Puzo and Amy Tan, and wanted to integrate the “Orient and Occident” into my stories. Shaolin martial arts training, organized crime, Triads, the Tao, Confucius, Christianity, Hong Kong, New York, Shanghai, Portland” novels that show the contemporary world as a multicultural, multi-dimensional, inter-racial society.

Stories where East and West, Yin and Yang, clash, collude and collide.

What do you think about the future of book publishing?
In this world, there are no absolutes.

What genres do you write?: Thriller, Paranormal, Contemporary