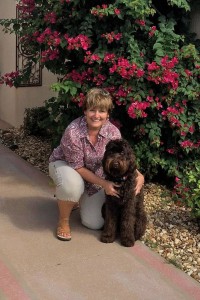 About Vanessa Russell:
I began my book, FOUR OF A KIND, to address my question: Why did it take 72 years for women to get the right to vote? This question formed especially during a university course in Women’s Studies. There were many factors. When I threw in religion, social acceptance, law and the culture of the turn of the century and the early 1900s, and mixed it all up with the powerful love of a man, these 4 women came alive with resulting belief systems that began answering that question. Their strengths and influence on the next generations were far from the powerlessness that they each felt in her own time, and is revealed in each woman’s narrative set in 1910, 1921, 1943 and 1963.

What inspires you to write?
Most of my inspiration comes from dreams, where the concept is given. When I awake, I write down the snapshots that I remember and then take my story from there. Most importantly, I remain true to the story as it was envisioned in the dream.

Tell us about your writing process.
Once I start writing a story, I write for up to 12 hours. But this is not daily. I’m not one for routine.

For Fiction Writers: Do you listen (or talk to) to your characters?
I love getting into the head of a character and letting him/her have their own voice. Crazy as it sounds, you do have to listen to this character and not try to force him or her to go in a particular direction. Following their journey is why I love writing and why I do not do an outline first.

How did you decide how to publish your books?
I tried the traditional route first and actually had a popular NY agent, Frank Weimann, for a year or so. And although he wasn’t able to snag a publishing deal for me, the rejection letters from senior editors were inspiring in their own way in telling me that I had a writing talent and a good story to keep plugging away at. So after a professional edit, I eventually went the self- publishing route and am attempting the marketing side of it, something a writer like me – who just wants to write – doesn’t enjoy but am appreciating the business end of it.

What do you think about the future of book publishing?
E-books and the likes of Kindle, allow more writing talent out there. With the lower costs, readers can afford to try more books, and with little to lose in just deleting those they don’t want to continue.

What genres do you write?: women’s fiction, historical and romance.