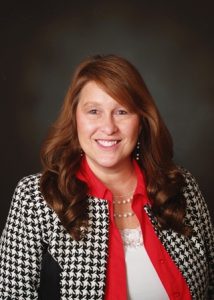 About Trina Boice:
Trina Boice grew up in California and moved to Las Vegas a few years ago. In 2004 she was honored as the California Young Mother of the Year, an award which completely amuses her 4 sons.

She’s the author of 23 books, with another hitting store shelves soon! You can see them all on TrinasBooks.com

Trina currently teaches at the famous Le Cordon Bleu Cooking School in Las Vegas, as well as online for BYU-Idaho. She’s a movie buff and writes movie reviews at MovieReviewMom.com

She has a couple of online businesses and loves to work at home in her pajamas. A popular speaker, Trina has gone on several speaking tours in China, Colombia, Mexico, and Puerto Rico.

She is currently a doctoral candidate at Colorado Technical University. Trina earned two Bachelor’s degrees from BYU where she competed on the Speech and Debate team and the Ballroom Dance Team. She was President of the National Honor Society Phi Eta Sigma and served as ASBYU Secretary of Student Community Services.

Trina also studied at the University of Salamanca in Spain and later returned there to serve an LDS mission in Madrid for 1 ½ years. She has a Real Estate license, Travel Agent license, 2 Master’s degrees, and a Black Belt in Tae Kwon Do, although she’s the first one to admit she’d pass out from fright if she were ever really attacked by a bad guy.

She worked as a Legislative Assistant for a Congressman in Washington D.C., and was given the “Points of Light” Award and Presidential Volunteer Service Award for her domestic and international community service. She wrote a column called “The Boice Box” for a newspaper in Georgia, where she lived for 15 years. She writes for several web sites and is currently the Entertainment News Editor for BellaOnline.com.

Trina was selected by KPBS in San Diego to be a political correspondent during the last presidential election. If she told you what she really did she’d have to kill you.

What inspires you to write?
I love to learn! All of my books are non-fiction and feature ways to improve your life. I've been told that my style of writing is a huge brainstorm of ideas. I want to help people live life to the fullest!

Tell us about your writing process.
I start with an outline and then the ideas just start flying! Sometimes when I'm writing a book, a new idea comes to me that would be a fun thread that continues throughout the entire book, so I go back and add that element to each chapter. It's a fun process of discovery.

For Fiction Writers: Do you listen (or talk to) to your characters?
I wish I could write fiction!

What advice would you give other writers?
Just do it! If you truly believe in your project, don't give up. Writing a book and getting a book published can be hard work, especially in today's economy. Persistence in this industry definitely pays off. Get a platform. Publishers want writers who aren't a "one trick pony", but who have a platform, an established fan base, and who can create multiple products. Write about what you're passionate about. Don't give up! A lot of writing success is about timing. I've known great writers who didn't get published because they gave up and became discouraged too easily. I've also known mediocre writers who got published because they were tenacious and a publisher was looking for a topic they wrote about. Believe in yourself. Don't wish for your dreams to come true…make them happen.

How did you decide how to publish your books?
I always knew I’d be a writer when I was a little girl. I just didn’t know exactly what I’d be writing about! I started collecting inspiring quotes and ideas for my books when I was only 7 years old. I kept them in a little box, which grew into dozens of filing cabinets full of material. Thank goodness we can now scan documents into our computer now! I've always loved clever word play, foreign languages and different ways of communicating. Would you believe I actually liked diagramming sentences in middle school? My kids think I'm such a nerd. Ha ha

What do you think about the future of book publishing?
While the industry is changing, I'm confident that people will always want to learn and be inspired. Some of my books have been published by traditional publishing houses, some with indie shops, and some I've self-published. I've learned a lot through all of those experiences and I think the variety has been great in building my brand. Just as publishers have changed over the years, so have readers. Some readers still love the feel of turning a real page with their fingers, while others want quick advice they can skim on their cell phones.

When I first began writing, I didn't really know what I was doing and so I wanted the help of an "official" publishing house. I was grateful for the opportunity to learn the many aspects of this industry from experts. Because of tight budgets, many traditional publishers now offer very little in marketing, so a lot of authors choose to self-publish once they realize they're doing all of the work anyway. I think that for a lot of writers, the decision to self-publish boils down to having the freedom to make the book they really want to and earning the money they deserve for all of their work.

What do you use?: Co-writer, Professional Cover Designer