You are here: Home / Interviews With Authors / Interview with Author – Tim Fairchild @timfairchild1 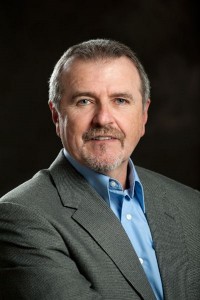 Author Bio:
Tim Fairchild was born and raised in Southern New Jersey where he grew up in a small town named Pleasantville.

Upon graduation from High School, and one year attending St. Petersburg College in Florida, where he studied English composition. He went to work for New Jersey Bell Telephone and made a thirty-two year career with them; retiring as a Central Office Switchman from Verizon Communications in 2003. Fairchild is married to his wonderful wife, Beverley for thirty-four years now and have two daughters, Melissa and Kristen.

During the years between 2000 and 2003, Fairchild discovered a taste for travel, experiencing new cultures with four missions trips. Two were to Honduras and one to Belize to help with hurricane relief. The final one in 2003 was to Chosica, Peru.

In 2005, Fairchild and his wife moved to the Pocono Mountains in PA where he began his writing. After six years, they again moved to their current home in the beautiful town of Oakland, Maine where he now writes full time.

Being relatively new to the world of writing novels, Fairchild completed two courses in writing fiction, and with his new-found knowledge, applied it to his writing style. Fairchild’s first action adventure novel, ZERO POINT, was finally completed and released in May of 2011. The next in the Josh Turner adventure series, “Blood Rain” is slated for release some time in 2014.

What inspires you to write?
I have been strongly influenced by such authors as Clive Cussler and Tom Clancy, plus I have a strong interest in adventure in exotic locales, history, and science, it was only natural that I chose the genre of action adventure.

Tell us about your writing process.
My writing process was, and is a work in progress. Sadly, being a SLOW typist, I rely on a hand-written copy draft though I’ve been able to speed up the process by using Dragon Dictation Software. Another aid to my work has been the use of Stylewriter Software in doing chapter edits. Though not line-editor perfect, it does a great job in cleaning up my drafts.

For Fiction Writers: Do you listen (or talk to) to your characters?
I try to imagine my characters in a movie by playing out each scene in my mind. Using acquaintances as characters really helps in developing them.

What advice would you give other writers?
Don’t give up on your goals and keep writing. Above all…edit, edit, edit. The writing world can be quite cruel to new authors and by not putting your best work forward, it can lead to bad reviews based on style rather than content.

How did you decide how to publish your books?
At first I sent query letters to any publisher that was accepting Action Adventure. Sadly these days, it’s not a hot genre so after many “thanks, but no thanks,” I decided to self publish through Amazon and Createspace. On my first Amazon KDP giveaway, I was astounded by 15,000+ downloads! It helped tremendously in a boost in sales.

What do you think about the future of book publishing?
The writing world has become wide open to any and all if your heart is set on it. The self publishing world is a great way to get a start which could attract the interest of traditional publishers, but it’s a long road to “making it.”

What genres do you write?
Action Adventure