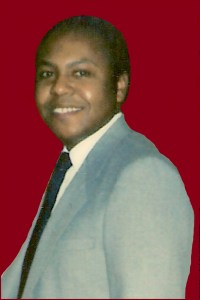 About Thankful Strother:
Thankful Strother born 1943 in Grand Lake, AR., grew up in Eudora, AR. Graduated from high school in 1961 and joined the US Air Force. Stationed in Germany for four years, there he learned to speak German and met his wife Barbara. Married forty-eight years, they live in California and have two adult children. He retired in 2003. Thankful Strother had a thirty-five-year career in computers and telecommunications with NCR and AT&T. In his retirement, he has accomplished his goal to write a book about his early life. “Alien in the Delta” is that book. It is a memoir about growing up poor in a hostile environment in the 1950’s to experience unimaginable success later in life.

What inspires you to write?
I was inspired to write after some light nudging by my daughter, Christine, who regularly listened to the stories about my life as she grew up. She kept telling me that I ought to be writing this down, that I ought to write a book.

Tell us about your writing process.
About six years ago, I started going out to the ocean at Tamarack Beach in Carlsbad, CA. with a personal tape recorder dictating one story at a time. About 14 tapes later, I was ready to commit to writing, and it all came together.
The project morphed into its present form. My original vision for it was an autobiography, but along the way, more commentary became associated with it. I wanted to leave a legacy, not just a collection of facts.
I don’t solely focus on the hardness of the times I grew up in. I share in equal part my feelings of amusement, happiness, and sense of humor, and my rises above stereotypical thinking, reflective, but never bitter about adversity I faced.
In Alien in the Delta I am not really trying to be anything to anyone; I just wanted to tell these stories of things I experienced, and I feel that in itself is a wonderful accomplishment. There was excitement, humor and history with those times.

How did you decide how to publish your books?
I am self-publisher. I used Amazon’s Create Space. I reasoned that they were the largest and they would give me the most help. So far I have been satisfied.

What do you use?: Dictated and got transcribed, Professional Editor