You are here: Home / Interviews With Authors / Interview with Author – Terry Wright @terrywright13 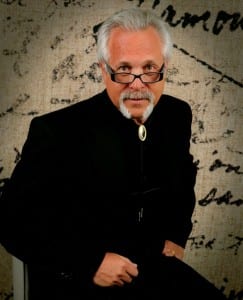 Author Bio:
There’s nothing mundane in the writing world of Terry Wright. Tension, conflict, and suspense propel his readers through the pages as if they were on fire. His mastery of the action thriller has won him International acclaim as an accomplished screenplay writer. He lives in Lakewood, Colorado, with his wife, Bobette.

What inspires you to write?
The stories of Edgar Rice Burroughs, Stephen King, James Patterson, and Michael Creighton engaged my imagination and inflamed my passion for writing fiction.

Tell us about your writing process.
Most of my early writing was seat of the pants, but the rewrites were so time consuming I developed a formula for story structure and character arcs that I apply to short stories, novels, and screenplays. Story structure: normal world, inciting incident, turning point, rising action, rising stakes, turning point, black moment, climax, and resolution. Character arcs (applies to protagonist, antagonist, and supporting characters): What does my character want, why does s/he want it, why can’t s/he have it, what must s/he do to get it, and what’s at stake if s/he fails?

For Fiction Writers: Do you listen (or talk to) to your characters?
It’s fun to think author’s talk to their characters, and sometimes that’s true, especially if the character does or says something that’s out of profile for that character. This usually means the profile is flawed in some way. More than likely, characters keep me awake at night during the profile development stage. It takes a lot of thought to lay out their boundaries, and once I know who they are, they seldom stray from their profile during the writing.

What advice would you give other writers?
Writers have heard this same advice a million times. Writers write. Writers read. Writers never give up.

How did you decide how to publish your books?
I’ve been traditionally published by small presses with my goal to become a New York published author. After an eight year stint with an agent who had failed me in so many ways, I decided to publish my own work. I created my own publishing company, and I’ve published, so far, sixteen authors from California to Estonia, and I carry thirty-seven of their titles as well as twenty plus of my own.

What genres do you write?
Science Fiction, Supernatural, Horror, Thriller