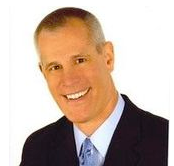 About Terry Tucker:
Terry Tucker has been an NCAA Division I college basketball player, a Citadel cadet, a marketing executive, a hospital administrator, an undercover narcotics investigator, a SWAT Team Hostage Negotiator, a high school basketball coach, a business owner, a motivational speaker, an author, and most recently, a cancer warrior. He is the author of, Sustainable Excellence, Ten Principles To Living Your Uncommon and Extraordinary Life. Terry and his wife have lived all over the United States and currently reside in Colorado with their daughter and Wheaten Terrier, Maggie. In 2019, Terry started the website, Motivational Check to help others find and lead their uncommon and extraordinary lives (www.motivatioalcheck.com).

What inspires you to write?
Sustainable Excellence, Ten Principles to Leading Your Uncommon and Extraordinary Life was a book inspired by two conversations. The first was with a former basketball player I coached in high school who moved to Colorado. My wife and I had dinner with her and I told her I was excited she would be living near us so I could watch her find and live her purpose. She asked me what I thought her purpose was and I explained that I had no idea what her purpose was but that is what her life should be about. She should spend her time finding her purpose, and once she found it, she should live it.
The second conversation I had was with a college student who wanted to know what I thought were the most important items he should learn to not only be successful in his job but also to be successful in life. I wrote down some thoughts and ideas and eventually had the 10 principles and sent them to him. After that, I stepped back and realized I had a life story that fit under one of the principles or I knew someone whose life emulated one of the principles. That is when I began building stories under each of the principles and that is how the book was born.

What authors do you read when you aren’t writing?
David McCullough and Doris Kearns Goodwin are two of my favorite authors. I enjoy reading biographies because I like to learn what makes people tick.

Tell us about your writing process.
My writing process was very simple since I had never written a book before. I gave myself two rules while writing my book: 1. I would write a minimum of one page every day (except Sunday). 2. I would not edit anything I wrote until the first draft was completed.
There were days I wrote absolute garbage and there were other days I was pleased with what I wrote. When the manuscript was completed, I edited out the garbage and was left with what would eventually become Sustainable Excellence.

What advice would you give other writers?
Don't quit. Some days your writing will be better than others. Sort it out in the end. Commit to write something every day.

How did you decide how to publish your books?
I gave the manuscript to different people in different age ranges and asked them to read it and give me their honest feedback. After they all recommended I get it published, I knew I was on to something and sought out a publisher.