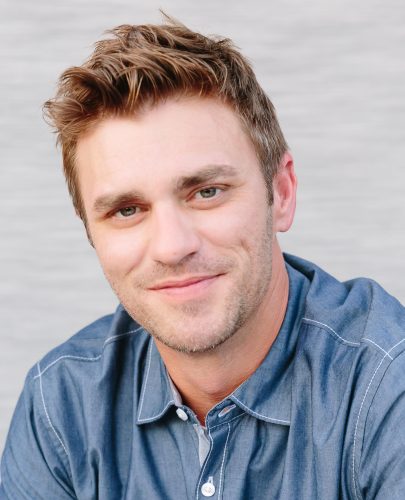 About T.J. Champitto:
T.J. Champitto is a 42-year-old American novelist and award-winning author. After a seventeen year career in communications, Champitto penned his first novel, The Medina Device, in 2018. The title was recently named 2020 Maxy Award Winner for Best Thriller and is set to release in paperback, audiobook and ebook on August 6, 2020 by Black Rose Writing.
The author was born in Troy, New York and attended high school in Snellville, Georgia. He earned a bachelor’s degree in marketing in 2003 and currently lives with his wife and two dogs in Greenville, South Carolina. Champitto writes through a visual lens, taking his readers on heart-pounding thrill rides that often push the bounds of reality.
From 2014–2017, he was a travel blogger at The Blazing Nomad, where he won numerous awards, and his editorial reviews have been featured in travel publications around the globe.

What inspires you to write?
Beyond my own imagination, I would have to say I'm inspired by other stories. I'm fan of the big screen, so I confess to drawing creativity from some of my favorite films—the plots, the twists, the dialogue. From a literary standpoint, I'm inspired by tales of secrecy and tradecraft, loyalties and betrayals. I really enjoy exploring the dark underworld of society—the adventures most of us will never experience or the hidden mysteries we never knew existed.

What authors do you read when you aren’t writing?
Let me just come out and say that Dan Brown inspired me to write books. I read The Da Vinci Code in like three days and that was it, I was determined to write something big and exciting. However, I grew up reading George Orwell, James Michener, Hunter Thompson and John Steinbeck, to name a few. These were the authors that made me fall in love with the written word and the art of storytelling. It wasn't until later in life that I started reading the modern commercial greats like Clancy, Baldacci, Brown and Steinhauer.

Tell us about your writing process.
I like to think I have a very structured process for writing my novels. I may spend months just ideating a storyline, but eventually it begins with a simple outline in a notebook, something that checks all the plot boxes so I've got a clear intro, midpoint, pinch point, climax and ending. From there I write my first draft, then one round of editing on the laptop, another round with a printed hardcopy and a red pen. I'm not a fan of beta readers and like to keep my work close to the vest, so once my edits are complete I send it directly to my editor. And of course, she always puts me back to work before we finalize and line edit.

For Fiction Writers: Do you listen (or talk to) to your characters?
Wow, great question. As cool as it sounds to sit around and have conversations with my characters, I can't say that's ever happened to me. But I do listen to them. I try to understand their accents and vernacular, the thoughts that race through their minds. Dialogue is so much more than just words, people talk differently based on their upbringing, where they're from and their personality traits. You have to know these characters before you start putting words into their mouths and the best way to do that would be to imagine them in a real-life situation and ask yourself, what would my character say right now? How would they say it? How would they react? It's a fun exercise to say the least, and it can really help develop a character into something that resembles a real person.

What advice would you give other writers?
Run the gauntlet. Never give up. There are going to be a lot of ups and downs in your journey—be prepared for both.

How did you decide how to publish your books?
My path is going to be different than someone else's path, and we all have our own experiences. But for me, I wanted to explore traditional publishing before choosing to self-publish, so I decided to query agents just to see what happened. A year later, I was picked up by an amazing agency, who then sold my debut novel, The Medina Device, to a small press. Without an agent, it's nearly impossible to get a solid publishing deal. My advice would be that if you hit a dead end querying agents, avoid vanity publishers and go straight to self-publishing.

What do you think about the future of book publishing?
I honestly think the future of book publishing is very bright. The world is going through this awakening of sorts—a desire to learn and expand our knowledge—and I strongly believe literature will play a huge role in that. Humans have been telling stories since our existence, there's no reason it's going to stop anytime soon.

What genres do you write?: Thriller/Suspense