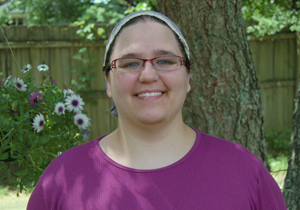 About Suzanna J. Linton:
Suzanna Linton has lived in South Carolina for the majority of her life. In fact the town where she spent most of her growing up years, Holly Hill, is the inspiration of the fictitious Hammondville, Desdemona’s hometown in WILLOWS OF FATE.

In 2002, Suzanna had the opportunity to attend the summer program of the SC Governor’s School for the Arts and Humanities, where she began to really hone her craft. That experience cemented her love of writing and she went on to Francis Marion University, where she majored in Professional Writing. After graduating, she remained in Florence and eventually began working at the local library, where she met her now husband. Eventually, she quit her job at the library to pursue writing full time.

When she isn’t writing (or procrastinating), Suzanna enjoys working in her rose garden, reading, doing crotchet, and spoiling her nieces and nephew. She volunteers for several charitable works and loves to help those in need. All three of her pets are rescues and she’s been known to swing a U-turn if she sees a dog wandering down the road. Suzanna would probably bring a hellhound home if she could catch it.

What inspires you to write?
The images in my mind inspire me to write. I’m constantly telling myself stories. Even when I’m writing, I’m really telling myself the story first. I think if I didn’t write, my head would explode.

Tell us about your writing process.
My writing process is still very much in development because I like trying new things. I’ve learned that I don’t like to outline too much. This probably comes from the fact that I started off as a “fly by the seat of my pants” writer. I tend to first sketch a general outline and decide how I want it to end before I get started. I use a software called Aeon Timeline that helps me to get the time frame of the story straight. Using a white board comes in handy because I can write it out and then come back to it without the mess of erasing pencil or scratching out ink on paper. I also like to write little biographies of my characters so their backstories are all ready developed. Some characters come along while I’m writing. For instance, in my latest novel, the character Aless just sort of showed up. I wanted Des to have a friend and Aless came bounding out of some corner of my mind.

When I start writing, I use a program called Scrivener. It’s amazing. I don’t know how I did without it. Each scene gets its own document and that allows me to move stuff around or take stuff out without the hassle of Open Office or Microsoft Word, where everything is all in the same document.

For Fiction Writers: Do you listen (or talk to) to your characters?
I am a god to my characters. I watch them. I listen to them. Then I manipulate the crap out of them and get mad when they don’t always do what I want!

What advice would you give other writers?
Don’t give up. Find ways of encouraging yourself. Read a lot, fiction and nonfiction. Listen to the advice of others and then find what works best for you.

How did you decide how to publish your books?
I started off going the traditional route. The publishing industry is this huge, mysterious thing to me and a lot of houses won’t even consider you without an agent, so I started off looking for an agent. A year after I finished my first novel, CLARA, I was just frustrated with the whole process. By then, I had become aware of the self-publishing route and just saw it booming. It was like my rose garden after adding bone meal and coffee grounds.

Late one night, I was looking over the KDP program Amazon offers and just said “Screw it”. I dove in without even knowing what I was doing and what I should do and I’ve been learning to swim ever since.

What do you think about the future of book publishing?
I think we’re always going to have “traditional” publishing. Most people like having a physical book in their hands. Brick and mortar stores aren’t going anywhere and I think the doomsayers are just a tad hysterical when they say the paperback is going extinct. But I also think the self-publishing industry is gaining respect and is being taken more seriously. One day, it may even stand shoulder to shoulder to the big publishing houses.

What genres do you write?: Fantasy, Urban Fantasy