You are here: Home / Interviews With Authors / Interview with Author – Susan Russo Anderson 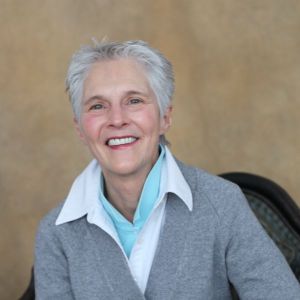 About Susan Russo Anderson:
Susan Russo Anderson is a writer, a mother, a member of Sisters in Crime, a graduate of Marquette University, and a life member of The Art Students League of New York. She has taught language arts and creative writing, worked for a publisher, an airline, an opera company. Like Faulkner’s Dilsey, she’s seen the best and the worst, the first and the last. Through it all, and to understand it somewhat, she writes.

TOO QUIET IN BROOKLYN, the first in the Fina Fitzgibbons Brooklyn mystery series published December 2013. The second book in the series, MISSING BRANDY, published September 2014, and WHISKEY’S GONE published in January 2015 and completes a trilogy. The working title of the fourth is DEAD IN BROOKLYN.

DEATH OF A SERPENT, the first in the Serafina Florio series, published January 2012. It began as a painting of the Lower East Side, the landmark immigrant neighborhood in Manhattan, and wound up as a mystery story set in nineteenth-century Sicily. NO MORE BROTHERS, a novella, published May 2012, the second in the series. The third book, DEATH IN BAGHERIA, published in December, followed by MURDER ON THE RUE CASSETTE in January 2014.

What inspires you to write?
My characters and Storyline. Take my haunt me if I don’t write, and Storyline is worse. She, a goddess with a snaky tail who winds it around my universe, is almost a slave driver. Yet she enchants me.

Tell us about your writing process.
My writing process is convoluted. Ugly at first. I begin by resisting the pull to write, telling myself I have to plot, looking for a smart something, the coup de grace, to get things started, roil up my characters. At first they are reluctant to spill their goods, but slowly, slowly, the words start. Then comes the good part: words flow, a river. And I am in heaven. Then I edit, refine, revise before pleading for outside help.

For Fiction Writers: Do you listen (or talk to) to your characters?
They talk. I listen or else.

What advice would you give other writers?
Do it your way.

How did you decide how to publish your books?
My advice to new authors is to explore, do it your own way. No one way is right. No way is mutually exclusive.

What do you think about the future of book publishing?
The way to nurture personal freedom is to read. So books will be published in one form or another.

What genres do you write?: Mystery