You are here: Home / Interviews With Authors / Interview with Author – Susan Lynn Solomon 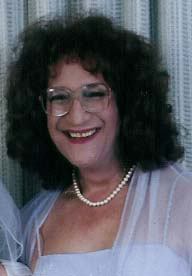 About Susan Lynn Solomon:
Formerly a Manhattan entertainment attorney, and then a contributing editor to the quarterly art magazine SunStorm Fine Art, Susan Lynn Solomon now lives in Niagara Falls, New York, where she is in charge of legal and financial affairs for a management consulting firm.
After moving to Niagara Falls she became a member of Just Buffalo Literary Center’s Writers Critique Group, and since 2009 a number of her short stories have appeared in literary journals, including, Abigail Bender (awarded an Honorable Mention in a Writer’s Journal short romance competition), Witches Gumbo, Ginger Man, The Memory Tree, Elvira, Second Hand, Sabbath (nominated for 2013 Best of the Net by the editor of Prick of the Spindle), and Kaddish. Her latest short stories are Going Home, which appeared in the October 19 issue of Flash Fiction Press, Captive Soul, which is included in Solstice Publishing’s Halloween anthology, Now I Lay Me Down To Sleep, Volume 1, and Yesterday’s Wings, about a woman searching for the courage of her past, appears in the October 2015 edition of, Imitation Fruit.
Susan Lynn Solomon’s new Solstice Publishing novel, The Magic of Murder, is available at Amazon.Com

What inspires you to write?
My writing is inspired by everything I see and hear. I always carry my writer’s journal in my purse, and while sitting in a restaurant, or while in a car (not while I’ve driving, of course,) or waiting in an airline terminal, I make notes. Sometimes it’s a written sketch of someone, sometimes it’s a conversation I overhear (call me nosy, but aren’t most writers?). These notes swirl in my imagination until eventually the people and their voices—the wonderful cadences of speech and accents—come together, and a basic story emerges. This happened last August while waiting for a flight from Florida to my home in Niagara Falls. Notes I’d made in my writers journal became a story which was recently published online in The Flash Fiction Press.

Tell us about your writing process.
When I write, I tell myself a story, one I hope with fascinate me enough that I want to hear the end. I know other authors carefully outline their stories and draft character studies so they’ll become familiar with the quirks of people who’ll fill their pages. I’ve tried to do these things, but my outlines never lasted long. But, by the time I’m half-way through what I’m writing, if the story has gelled my characters begin to move on their own, act with their own motivation instead of mine. And they often refuse to do or say what I ask them to—boy, those folks who live I my imagination can sometimes be a royal pain. Sometimes this leads to a dead-end, and the story I’ve started goes into my drawer (actually a file buried somewhere on my computer) and I start to tell myself a different story. Of course, there are time that after being locked away a while uncooperative characters promise to behave. In that case I’ll take them out and play with them again.

For Fiction Writers: Do you listen (or talk to) to your characters?
I constantly talk to my characters. These are people who live in my head. Sometimes I even argue with them…out loud. And they holler back. This can be a bit embarrassing if it happens in a restaurant or a social function. Those around me turn and stare at me with peculiar expressions… But, hey, I’m a writer. By definition this means I’m a little off-center. Don’t believe me? It’s in the dictionary, you could look it up.

What advice would you give other writers?
The best advice I can give is to keep writing. Someone once said if we’ve survived childhood we have enough to write about for the rest of our lives. So whether writing is a hobby or a calling, write. And read voraciously. Learn the way others write. Join a writer’s critique group. Listen to the comments not only on your work, but on the work of others. You don’t have to accept every comment, but you need to hear and consider each. Ten years ago I became a member of the Just Buffalo Literary Writers Critique Group. At the time, as my grandmother would have phrased it, I thought I was “a whole goddammit”. When I compare what I write now—my characters, story development, use of language—to what I wrote then…well, the difference is startling.

How did you decide how to publish your books?
For me—and I want to make it clear this is my personal bugaboo—self publishing was never an option. I grew up at a time when self-publishing was “ego press.” That’s no longer the case: many self-published authors have had their work picked up by agents and publishers. I waited and continued to write until at last I had short stories online journals thought enough of to publish. The same applied to my novels: The Magic of Murder is the fifth novel I’ve written. I kept writing and submitting I at last found Solstice Publishing, and they felt my book would fit well in their catalog.

What do you think about the future of book publishing?
I love the written word, and I believe that as long as others do the publishing industry will remain strong. Technology has given writers additional outlets, and yes, additional ways to get our stories to readers. This is a wonderful advance. I’m thrilled by the fact that books can be downloaded onto tablets and desktop computers. This makes our work available to people who can’t afford paper copies, and to those who can’t get to bookstores. So I my view, the future of publishing lies in electronic distribution, which will make literature available across a broader spectrum, and will allow readers to sample the work of authors they might not have sought out before.

What genres do you write?: Mystery, Womens Fiction