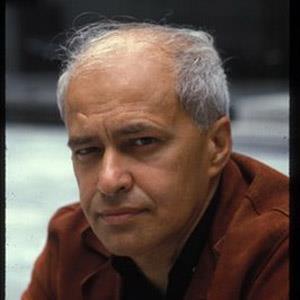 About Stephen Vizinczey:
My name is Stephen Vizinczey, I studied under Lukacs at the University of Budapest and graduated from the city's Academy of Theatre and Film Arts in 1956. I wrote at that time two plays, The Last Word and Mama, which were banned by the Hungarian Communist regime. I took part in the Hungarian Revolution of 1956, and after a short stay in Italy, ended up in Canada speaking only 50 words of English, and eventually taking Canadian citizenship. I learned English writing scripts for Canada's National Film Board and the CBC. I edited Canada's short-lived literary magazine, Exchange. In 1966 I then moved to London. I was living with my wife since 1962 and lost her November 2020.

I am the author of the following books.

What inspires you to write?
I was writing since age of 4, what inspired me to write is something that comes natural to me. I felt I was born with the idea of writing in what I need to do.

What authors do you read when you aren’t writing?
Some of my favorite writes are Honoré de Balzac, Stendhal, Fyodor Dostoevsky, Alexander Pushkin and Heinrich von Kleist

Tell us about your writing process.
I am more of a rewriter than a writer, I often take a while to think about what I am writing in order to set the scene. There are times when I write late into the night.

For Fiction Writers: Do you listen (or talk to) to your characters?
I play my characters as if I was an actor when I write them into my books.

How did you decide how to publish your books?
It is easier to self-publish since technology has moved on. It is an easier way to take control of your work and edit your books.

What do you think about the future of book publishing?
Book publishing will be available to the majority, this is a good thing since writing is an art form which can be easily lost due to so many people spending time watching TV. We need more writers

What genres do you write?: fiction, essays, criticism