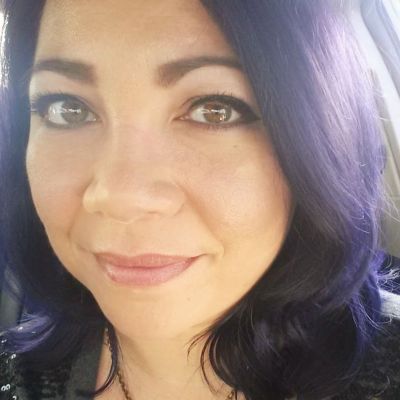 About Satin Russell:
Satin Russell was a stockbroker for many years up until she decided to pursue her dream of becoming a writer back in April 2013.

It took her a year of saving and planning before she was able to commit to her goal full-time. Her debut novel, Secret Hunger, was published in April of 2015.

Satin lives in Massachusetts with her husband. Other than writing, she loves reading, supporting fellow authors (especially self-published ones,) traveling, and photography. She’s also partial to a good whiskey every now and then.

What inspires you to write?
I think the biggest reason I wanted to become a writer is because I was such a voracious reader. As a kid, I always had my nose in a book. Classics, romance, adventure, fantasy, sci-fi, you name it, I read it. In fact, there was one summer my dad even grounded me from reading – that’s how much I liked to read.

Unfortunately, as I got older, I grew away from my goal of becoming a writer. I think that happens to a lot of us as we grow up. It didn’t seem like a viable career option. Instead, I did the “adult” thing; went to school, met a man, got married, started a career in finance, and worked my 9-5 office job.

Then, in the wee hours of my 36th birthday, I woke up and thought, “How the heck did I get here?” I was filled with feelings of restlessness and felt the need to CHOOSE the direction my life was headed. I wondered if, up until that point, it had all just been a series of reactions.

I realized that I wanted to make a change. Let me tell you, that alone is a hard decision to make. It takes a LOT (a lot, a lot…) of courage to decide you want to change your situation. Especially if what you have isn’t wholly uncomfortable. If – actually – for the most part your life is fairly good. And yet, some part of you is still unsatisfied. Left wondering, “What if?” It’s like a little splinter that keeps catching you in your instep when you’re walking.

I’m lucky. My husband listened to what I was saying and has supported my efforts. Now, it’s been a year since I’ve made the jump, I have just published my first book, and I honestly say couldn’t be happier! Even a bad day of writing is a good day for me.

Tell us about your writing process.
To be honest, I’m still trying to pin down what “my process” is. When I started this endeavor, I assumed I would be more of a “pantser.” I tend to be impulsive and have a lot of ideas come to me at once (usually when I’m in the shower, driving, or in bed just before falling asleep…)

However, after six weeks of working on Secret Hunger, I noticed I kept writing myself into corners and having to go back and alter things. I realized that I needed and wanted the structure of plotting something out before-hand. I tried a number of methods before settling on a hybrid way of plotting.

The whiteboard didn’t work for me, it was too messy and hard to change my mind about details. The outline method was too rigid. Note cards were too loose. Finally I decided to do a slightly less structured outline concept. Basically, I wrote at least a paragraph (usually more) for each chapter, starting with the setting, point-of-view, and the main purpose of the chapter – where it started, and what it had to accomplish by the end of it. I didn’t number the chapters as I went, so if there was a scene I needed to insert, I could. Not numbering them also made it easier to re-order the chapters for better flow, if necessary.

Overall, I felt this was a good method for me. It provided enough structure to map out the story ahead of time, but gave me the flexibility to change things as needed. I’ll probably tweak it a bit for my next book, but will continue with a similar process.

For Fiction Writers: Do you listen (or talk to) to your characters?
I don’t really talk to my characters, per se. However, I definitely can hear whole conversations in my head – with all the various inflections and hand gestures that go with that. I kind of think of it like eavesdropping.

What advice would you give other writers?
I’m such a new writer, I don’t know how much advice I have worth giving. Heck, I’m still learning the ropes, myself! I will say, the best thing you can do is to WRITE. Sit down, for a specific amount of time, and stare at the keyboard. Don’t go to Facebook, or Twitter, or e-mail…force yourself to stare at that blank, white screen. Eventually, your brain will be bored enough to start producing something. It may not be brilliant at first, but that doesn’t matter. You have to have something written before you can edit.

Also, those crazy book ideas that come to you? Write them down! Even if it isn’t a fully-fleshed out idea, it could be the seed to something. Keep a file specifically for “potential book ideas.” You may not have what you need to fill in the details and write a novel for the thought now, but two years down the road you might! Who knows what experiences could help inform your future characters?

How did you decide how to publish your books?
I decided to self-publish for a number of reasons. I’m a huge fan of Hugh Howey and he has greatly influenced how I think about self-publishing and the book industry as a whole.

I liked the idea that I got to keep the rights to my book. I liked that I could produce a professional product through Amazon, with the potential to provide quality on par with traditionally published books. I liked the fact that, once published, my book could be available forever into the future – it didn’t risk being pulled from bookstore shelves after ninety days and listed as “out of print.”

More than that, I liked having the control of my own product. I chose the title and cover. I chose when it was published, and at what price. I could decide to give it away for free or discount it. Sure – I’ve also made mistakes. But, I can learn from them and do things differently next time. With my name on the cover, having control meant a lot to me.

What do you think about the future of book publishing?
Gosh, I don’t know.

I think I went into this whole adventure firmly on the side of self-publishing, however now that I’ve released my first book, I can see where the networking of traditional publishing houses would come in handy. There’s been a huge learning curve. I’ve had to learn how to brand and market (something I’m still not sure I’m doing successfully.) I’ve had to learn how to hold events, and reach out to other authors, and I know there’s still so much I haven’t even heard of.

So, keeping all that in mind, I think this push towards hybrid publishing will probably gain more momentum. I think being able to hire an agent or publicist to handle the marketing, submit your work to sites, set up interviews, etc, would be very useful. It would also give more time for me to actually do what I love, which is write. After all, that’s kind of the whole point, isn’t it?

What genres do you write?: Romantic Suspense