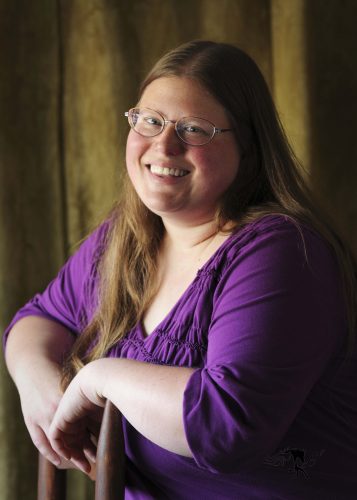 About Sarah Kennedy:
My name is Sarah Kennedy. I was born into an amazing family. I am the fourth of five children; at the same time I am the middle of three children, and the youngest and only living of three. Tricky, huh? My brother and sister by blood died in infancy before I was even born. I never got to know them, but I did get to know another brother and sister. My siblings may not share my blood but blood alone does not make a family. I began writing at the age of four. I still have my first “book” with its now faded and torn, red construction paper cover and yellow yarn binding. I didn’t know then but writing would become my lifeline in the years ahead, nor did I know that I would eventually dedicate my life to the written word. That journey was not an easy one, but today I am the award winning author of the Prophecy of Hope Saga. Every word is a beat of my heart, and I love the spilling of ink that connects the two. My favorite part of the process is the euphoria that comes when my characters surprise me. It is then I know the story is truly alive. To hone my craft, I have taken courses with the Institute of Children’s Literature and Long Ridge Writer’s Group (now known as the Institute for Writers). I currently reside in a little town in Pennsylvania with my family and a small clowder of well-loved cats. In my spare time, I play four instruments: piano, flute, feadóg (Irish whistle) and the bodhrán drum. I am also an avid reader, my family’s genealogist and a beginner in Irish dance.

What inspires you to write?
In some ways, my personal story is ripped from the headlines. Many of you, I am certain, have heard or read about the United States’ Opioid Crisis. Some of you, like me, have even been touched by the far-reaching effects of addiction. Writing was my lifeline as the brother I knew and loved began to slip away. I won’t mince words. My brother was a heroin addict, living in a little, seemingly insignificant town that we came to learn was the drug capital of Pennsylvania. My family was swept into that downward spiral of darkness, desperation, fear, pain and silence. There are things here that I won’t or can’t share even now, but by the time I was sixteen, things had grown so desperate that I was suicidal. Writing was a gift to me, a treasure of darkness. My characters and their stories became my sanity in a very real way. Writing was my escape, my survival, my safe harbor in the storm. From that desperation, however, would grow something amazing. I had always thought writing was just for me. By the time I graduated high school, I planned on being an elementary school teacher. I stopped writing and went to college. About a year and a half later, in a creative writing class, I started writing again and couldn’t stop. Writing so consumed my focus I knew that a choice had to be made. I began to embrace the belief that I was born to write, and so another step in my journey toward being a published author began. It wasn’t quick or easy but I knew I was on the right path.
During this time, my family was slowly healing. My brother had fathered a wonderful little boy; he had also become an electrician and was holding down a good job. He had left our little town and was about seven months clean. So, there was no warning, nothing that could have prepared us for the news we received one fateful morning. My brother was dead from a reaction to the fentanyl laced into the heroin. How does a family go on from this? How does anyone come to terms with such a loss? Well, my answer is hope. Trust that moments of pain can be redeemed, that in the right hands they can be turned into opportunities for something greater… I can look back now and say with all honesty that nothing has touched my life, nothing has touched my family that was not ultimately meant for our good, but in that moment, when the hurt was so great that there was nothing left, again writing became the balm to festering wounds. Again, I received its treasure in the darkness. Characters created years before as a means of survival were old friends to help me through the journey of healing. It was hard but out of it came the beginning of a story that would become the Prophecy of Hope Saga. I have often said that without this painful history, without my brother, Sgarrwrath would never have found his voice. Our story, the story of siblings so close and torn so painfully apart is really at the core of my stories. It is how they began, and from where they have grown. So, I guess you could say my brother, life, faith, healing and hope are the key inspirations to my writing.

Tell us about your writing process.
Honestly, my writing process has varied a good deal between all three of my published books and it appears that pattern will continue as I prep to begin writing two books this NaNoWriMo (National Novel Writing Month) in November. The Prophecy of Hope Saga began in 2011 with the publication of Sgarrwrath, Prequel to the Prophecy of Hope. For that one I was very much a pantser. There was no plan just a journey of grief and healing. The series continued with the 2014 publication of Arising, Prophecy of Hope Book 1. For that one, I was also a pantser. And interestingly, both books were written from beginning to end exactly as they would be read. The writing of my latest book, Mhorag, Prophecy of Hope Book 2, published just this September 2019, was vastly different in a few ways. First of all, Mhorag, Prophecy of Hope Book 2 actually went through two separate and entire editions before revisions were ever made. It took approximately four and a half years to reach this end result. I began work on Mhorag while my previous book (Arising) was in the process of being published. So, that was late 2014. In 2016, I was one chapter away from a completed manuscript when it became clear to me that somewhere along the way the story had gotten off track. So, for six months, I painstakingly took the manuscript apart. Piece by piece until only a single thread of story remained. That single thread basically consisted of most of what appears as Mhorag’s journey through the Pathway of the Stars in the book. From there I spent another two years rewriting the story around the central core. The second edition of the manuscript was nothing like the first and actually made a story I already loved even more amazing to me on a personal level, and I would hope some part of that passes on to the readers. For this book I did have a basic outline that I repeatedly updated. I also use Pinterest to create visual inspiration boards and I have playlists for scenes or characters. I keep a fluid plan for the novel on whiteboard and update story arcs as needed.

For Fiction Writers: Do you listen (or talk to) to your characters?
I listen to my characters all the time. I have been known to talk to them too. Sometimes out loud.

What advice would you give other writers?
My best advice is be true to yourself and your story. Don’t force your story to be something its not. Don’t try to make it be something it was never meant to be. Listen to your characters. I have found they know their own stories best anyway.

How did you decide how to publish your books?
Well, for me, it boiled down to a couple things really. First, I wanted to maintain control over my work. I wanted a say about cover and format and the changes made to my manuscript because I know my story, I know the plan for the broader series and I wanted to protect that.

What do you think about the future of book publishing?
I for one do not enjoy ebooks. To me, there is nothing like being able to snuggle up with a good book. You can't snuggle with a screen, but back to my point, I don't really know. I know I will always gravitate toward a physical book. That being said, as far as publishing goes, I would hope self-publishing would finally lose its stigma. Some pretty awesome writers were self-published at one time or another, and I think its time for the industry to get over the stigma often associated with self-published authors.