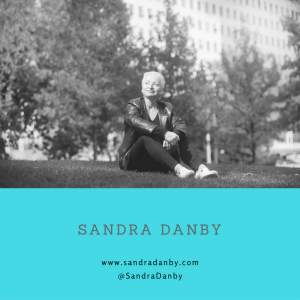 About Sandra Danby:
Proud Yorkshire woman, author, tennis nut & tea drinker. Unlike Rose, the identity detective in her books, Sandra is not adopted.

What inspires you to write?
Like Justine Tree, the protagonist of my new novel Connectedness, I grew up on the East Yorkshire coast and left home to study in London. I also stayed ‘down south’ after university as that’s where I found work as a journalist while my family remained in Yorkshire. So it is fair to say that some of Justine’s impressions of London, and her alienation from her childhood home, are mine. I didn’t start out to mine my own experiences but discovered that’s what I was doing as Justine’s scenes poured onto the page and she became a real person rather than a faceless artist.

Tell us about your writing process.
One thing I am not short of is ideas. As a magazine features editor I had a box file of cuttings and scraps of paper, each one an idea for an article. And it’s the same now. I’m a magpie, a collector of facts and snippets, stories on the television news or in the newspaper, good news stories on Facebook. I have a series of box files into which all these cuttings are placed, and the virtual equivalent on my computer. Sometimes I will read a story and know immediately how it will fit into my work; there is an excitement that comes with this, like fitting the last piece into a difficult jigsaw. Each book has to have a mystery at its heart, questions to be answered, anonymous people to be identified. Often an event in history is the trigger, that’s how I found the idea for the third book in the ‘Identity Detective’ series. Sweet Joy will tell the story of an elderly woman seeking the truth of her abandonment; she was found as a baby, uninjured, alone in the bombed out ruin of a house in London during The Blitz. I had a vague idea that I wanted to set my third novel in wartime London and was reading in the library when I came to a passage describing how half of a house was demolished by a bomb while in the other half, an elderly couple slept on, curled up together in their bed, unharmed. What if, I wondered, it was a baby instead? I ask myself ‘what if?’ a lot.

For Fiction Writers: Do you listen (or talk to) to your characters?
When I am first imagining a character, I have conversations with them in my head. Rose Haldane in 'Ignoring Gravity' is a journalist, as I was, so that was my starting point. But she rapidly became different from me and took on a life or her own, she can be quite feisty! The concept of the ‘Identity Detective’ series was originally about adoption reunion and how the adopted person, adrift from their roots, gains a sense of identity. Where does this feeling of belonging come from; genes, place, a secure family, life experience? As I started to process these thoughts and put them into 'Ignoring Gravity', which was intended to be a standalone story about Rose Haldane, I realised there was a whole experience out there that wasn’t being told. We hear about adopted parents and children being reunited but not about how they find each other, the struggles, the failures, the rejections, the awkward meetings, and who helps them. It seemed natural that Rose, a journalist, should evolve into an identity detective helping others to find their families as she had found her own. From there it was a logical step to developing a series of novels, each one looking at a different viewpoint in the adoption experience. Birth mother, father and siblings; adopted child; adoptive parents and siblings. These names are blunt tools, labels that serve a purpose in aiding lost people to find each other.

What advice would you give other writers?
The journalist in me says plan, think it through, be clear what you are trying to do, and write what you enjoy and not what you think other people want. Never try to follow a trend, you will always be too late.
The novelist in me says go with the flow, once you have your idea, start writing and see where it takes you. But there is nothing to replace a strong plotline. You should always know how the book ends, even if you’re not quite sure how you’re going to get there.
Most important of all, write every day. Even if it’s rubbish. I treat writing like a job, I sit at my computer every day, I give myself deadlines. Writing is my life, it is not a hobby.

How did you decide how to publish your books?
Self-publishing is hard work. There are two ways of doing it. Publish your book, put it on Amazon, and leave it there. Or, publish your book on Amazon and promote it like hell, pay for email promotions, tweet, blog, network with other writers, but most importantly, write the next book. And the next. The hard fact is that there are millions of books out there and unless you tell people that yours is on Amazon, they are unlikely to find it. Unfortunately these days, even traditionally-published authors are required by their publishers to do the same type of social networking that I do – quotas are set for the number of tweets/blog posts etc that they write. As an indie author, I get a bigger slice of [admittedly smaller] royalties, I decide when my book is finally ready to be published, I choose the cover design and write the promotional copy. I have the power to decide.

What do you think about the future of book publishing?
It is an exciting time as books are accessible in so many different formats, at home, on the move, abroad. I was on holiday recently, sitting beside the pool, and downloaded a book onto my Kindle. That was unimaginable ten years ago. So where will we be in ten more years?

What genres do you write?: Romantic suspense