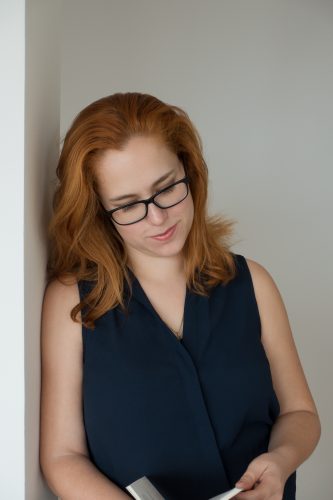 About Sandra Bats:
I’m Sandra Bats, living in Frankfurt, Germany with my husband and so far I published two novels in English, despite German being my mother tongue. Besides writing and reading I enjoy baking, drawing and going to the gym. I’m also a fan of storytelling in general, no matter the medium, so I watch a lot of TV and frequently go to movie theaters. Recently I’ve also started to learn about narrating and recording audiobooks with the hopes of turning my own novels into audiobooks soon.

What inspires you to write?
Mainly the fact that I love reading. I know — and love — the feeling of having waited for the next book in a series and finally getting to read it. Or that moment when you’re reading and everything falls away and you almost forget that you exist in the real world. I even love the feeling of having a book hangover when you finished a great book and you’re sad that you can only experience it for the first time once. If I manage to give that kind of feeling to only one person in the world with my novels, then that would definitely be a dream come true.

What authors do you read when you aren’t writing?
I enjoy reading a lot of urban fantasy, fantasy and paranormal romance. Right now I'm reading Cassandra Clare and I'm impatiently waiting for Jennifer L. Armentrout's next novel. I also read a lot of Sarah J. Mass and Marie Lu. But really I'm open to reading anything that catches my attention.

Tell us about your writing process.
I’m very much what you’d call a pantser. I’m pretty bad at outlining and usually ideas come to me in shape of one specific scene — for Persephone’s Curse for example it was when I was watching The Vampire Diaries and all of the sudden I had this image of a guy carrying and injured girl down the hallway of a school. It was the first idea of what became my debut novel and it’s actually one of the last scenes in the book.
I also don’t necessarily write chronologically. At first I write out every scene I can think of — some don’t make it into the finished novel. And then I fill the in-between parts in and that becomes my very wordy, sort of outline.
Only then, with this sort of skeleton, I go back and write it all over again, chronologically, and turn it into a logical story. And then of course that is followed by a ton of re-writes and edits until the story is perfect.

For Fiction Writers: Do you listen (or talk to) to your characters?
No, because that would be crazy, right? 😉 Ok, maybe sometimes. Especially on long car rides I tend to interview them, asking them what they think of a certain situation or how they’d react to something happening. And in a way, though much less dialogue like, they tell me the story as I’m writing it down. Sometimes they decide to do something I didn’t expect and then I just have to deal with the consequences of their decisions.

What advice would you give other writers?
Don’t let the fear of failure stop you. There will be people telling you that this is just a hobby or that wanting to be a writer is a pipe dream. But if this is your dream — and I’m pretty sure if it is your dream you can feel it in every part of your heart — then go for it. It won’t be easy, it’ll be hard work — no matter if you go the self-publishing or the traditional route — but only if you try it you can find out if you can do it.

How did you decide how to publish your books?
At the very beginning I only knew about traditional publishing but as I finished my novel and tried querying a few times I also spent more and more time looking at self-publishing — initially as a backup plan. But by now I’m sure that traditional publishing just isn’t for me.
For one I think that my stories don’t fit into the traditional genre classification. The Persephone’s Curse trilogy for example is not your classic dystopian novel. The ones we’ve seen the last years were often YA and Persephone’s Curse isn’t.
It also isn’t a typical dystopian story in terms of the focus not being on the characters fighting their dystopian society. Not at first at least. Mainly it’s a bit more rooted in the romance genre.
While my main characters live in a dystopian society the focus is on them dealing with their past trauma and overcoming their fears to trust each other and find love.
I wouldn’t feel comfortable in a traditional publishing environment where I’d be forced to shape my story so it fit into a specific marketing genre, so self-publishing is a great thing for me.
I think the question an author needs to ask themselves before going the self-publishing route is: Am I willing to do more than just write? Because you will be your own publisher and you will need to spend time on that. Time that you won't spend writing. It's not for everyone but I really enjoy it.

What do you think about the future of book publishing?
I think ever since humans discovered the ability to speak they told stories and so I think that will always be a part of humanity. What will change though is the format in which we consume stories.
I think there’ll likely be a lot more e-books in the future and even more genre crossing stories as self-publishing becomes more prevalent — which I think is a great thing.
I know there is the fear of the quality being watered down if anybody can publish anything but I really believe in the power of reader reviews as a sign of a well written, self-published book.

What genres do you write?: My published novels so far are dystopian romances. I’m also working on an urban fantasy and I have another idea for what will likely be a paranormal romance. If I had to narrow it down somehow I’d say I enjoy writing romance but always with something else added, like the dystopian part for Persephone’s Curse and Persephone’s Grief or with other aspects like urban fantasy or paranormal. I can definitely see myself broadening my taste in the future though, depending on how my tastes in reading change as well.