You are here: Home / Interviews With Authors / Interview with Author – Sally Wiener Grotta 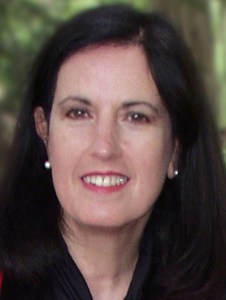 About Sally Wiener Grotta:
Sally Wiener Grotta is a consummate storyteller, reflecting her deep humanism and appreciation for the poignancy of life. As an award-winning journalist, she has authored hundreds of articles, columns, essays and reviews for scores of glossy magazines, newspapers, journals and online publications. She has also co-authored numerous non-fiction books. Her fiction includes “Jo Joe,” a Black Bear, Pennsylvania novel, and “The Winter Boy.”

A member of the American Society of Journalists & Authors, Sally Wiener Grotta is a frequent speaker at conferences, schools and other organizations on creativity, writing, photography, the business of writing and the publishing industry. She is also the photographer/storyteller behind the award-winning American Hands narrative portrait project. Sally welcomes invitations to participate in discussions with book clubs and other groups (occasionally in person, more often via Skype, Google Hangout, or phone), and to do occasional readings.

What inspires you to write?
I write to try to understand, to attempt to make some sense of our human condition. I weave tales that put characters I learn to love into difficult, if not impossible situations, and then I try to tease out answers, or — at least hope to instigate ideas that might lead to – if not solutions, then maybe some better understanding of the problems.

I often picture a hospital newborn nursery, filled with tiny bundles of unshaped humanity. Which one will be the philanthropist or artist or teacher? Which one the corrupt politician or drug dealer? What is it that can take an infant — so full of hope and potential — and make him or her hate?

Why is it that families who are brimming over with love can twist that love into something that destroys the lives of the very people they claim to care about?

Those are the type of questions I often ponder. They frequently wake me up in the middle of the night, demanding that I do something with them. So I write.

Tell us about your writing process.
I’ve learned to trust my instincts. As long as I sit down at the computer and write, the words will come. I’m lucky in that I’ve never really experienced writer’s block. I’ve found that if I can’t go forward with a story, it’s because something I’ve already written doesn’t ring true, or has pushed the story or characters in the wrong direction. So, when I can’t go forward, I go back, rewriting what is already there.

It’s finding the time to write and not being intimidated by the empty screen that are my stumbling blocks. So, I try to put aside the mornings to writing.. Of course, life intervenes. However, the days that I don’t write, I lose myself, becoming less whole. I need to write to feel truly alive.

Once I’ve written a story, then I rewrite, and rewrite again. Sculpting the prose, fine-tuning the characterizations, until its whittled down to the best I can create. I put it aside, let it ferment, then rewrite yet again. Finally, I hand it over to my editors, and after I work with them, I work it over again. I enjoy the rewriting and editing almost as much as the writing itself. But then, I’ve had some wonderful editors in my career.

For Fiction Writers: Do you listen (or talk to) to your characters?
My characters tend to be born full-blown in my mind, with personalities and names, histories and problems. They become very real to me and they nag me to let them free into the world through my stories.

What advice would you give other writers?
The secret to writing is writing. Every chance you get. But also to read… especially truly great works of literature. I love to get immersed in the rhythm and sound of great prose, and lost in the wonder of stories that transport me.

How did you decide how to publish your books?
I have made my living as a freelance writer for a couple of decades, and have been published by many of the big five publishers. However, their contracts have become more and more one-sided (and sometimes offensive), while their promotional support for midlist authors continues to diminish to practical nothing.

So my fiction is now published by Pixel Hall Press, a comparatively new boutique publishing house founded by my husband Daniel Grotta. As Pixel Hall Press’s website (www.PixelHallPress.com) says, “In this era of digital technology, Wall Street involvement and merger mania, mainstream publishers seem to have lost sight of the core principles and purpose of publishing. At the other end of the spectrum is an avalanche of self-published books that can be uneven in quality. Small boutique imprints, such as Pixel Hall Press, are reclaiming the heart and soul of publishing by reviving the idea that a publisher’s raison d’être is to find and nurture great writers, and to provide readers with beautiful, meaningful, truly enjoyable books.” Here’s hoping that readers and the market place will support these kinds of efforts.

What do you think about the future of book publishing?
It’s a wild west out there right now. Mainstream publishers still hold a lot of power in terms of market share, distribution and the attention of major book publishers. However, the great shift has already begun, with self-publishing and small publishers now having more opportunities and access. For now, the overwhelming numbers of books that are being published are easily drowning out some really noteworthy works. Hopefully, the cream will rise to the top, with the help of the reading public.