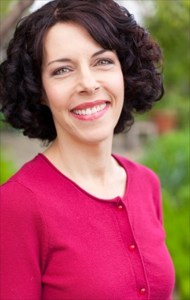 About Ruth Kaufman:
Ruth Kaufman is a Chicago author, on-camera and voiceover talent and freelance editor and speaker with a J.D. and a Master’s in Radio/TV.

Her Wars of the Roses Brides series begins with AT HIS COMMAND. FOLLOW YOUR HEART is the standalone book 2 releasing April 14. Writing accolades include Romance Writers of America® 2011 Golden Heart® winner and runner up in RT Book Reviews’ national American Title II contest.

What inspires you to write?
An idea for the opening scene usually pops into my head. Then I want to find out what happens next.

Sometimes something in a book or article sparks, “What if this happened to my heroine?”

Tell us about your writing process.
I’m a seat of the pants writer. I fought it for awhile, and tried workshops, forms, etc., but then I’d sit and stare at a blank screen.

Once I get an idea, I decide where that idea would take place. For example, for my next release, FOLLOW YOUR HEART, the first few pages of the opening scene involving the hero and a secondary character popped into my head. So I wrote those. It occurred to me the heroine could show up near the end of that scene, so I wrote that. Knowing her occupation helped me know where the story would take place.

From there, I knew what the scene that next brings the H/H together would be.

For Fiction Writers: Do you listen (or talk to) to your characters?
I don’t want “author intrusion,” where readers can tell a scene was added because the author wanted to reveal information or have something happen.

I often see scenes through my character’s eyes and let them show me what they do. That may sound odd to some, but it’s their story, IMO.

What advice would you give other writers?
Don’t give up. If you want to write, write. Even a page a day gets you a book in less than a year.

More and more I hear content is king, and that for most one book isn’t enough these days. So if you want to be a selling author and grow readership, keep writing.

Learn more about your craft and the industry.

How did you decide how to publish your books?
I wanted to be traditionally published and pursued that for years. One manuscript was runner up in a national contest, another won RWA’s Golden Heart award. After that manuscript received two revision letters from an editor, who ultimately rejected it after two years, I decided the time had come to self-publish.

I wasn’t happy about that, because I really wanted a publisher’s name on the spine. And editor who’d pay me for my work vs. the other way around.

What do you think about the future of book publishing?
The market changes so fast, so it’s important for authors to stay abreast of developments. But what works for one author (in terms of promotion or social media or even how often to release new content) won’t necessarily work for another.
Though I now give workshops on self-publishing, there’s always more to learn. It seems every day I come across a useful site or group I hadn’t heard of.