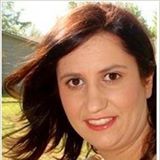 About Rose Gordon:
USA Today Bestselling and Award Winning Author of almost twenty unusually unusual historical romances that have been known to include scarred heroes, feisty heroines, marriage-producing scandals, far too much scheming, naughty literature and always a sweet happily-ever-after.
When not escaping to another world via reading or writing a book, she spends her time chasing two young boys around the house, being hunted by wild animals, or sitting on the swing in the backyard where she has to use her arms as shields to deflect projectiles AKA: balls, water balloons, sticks, pinecones, and anything else one of them picks up to hurl at his brother who just happens to be hiding behind her.

What inspires you to write?
Well, I didn’t have the most exciting start to my writing career. It all started with my first book… I wrote Intentions of the Earl in 2010 when I needed a desperate escape from the ever-growing pile of problems in my life.
From there, it just grew. I liked this character and that one and before I knew it I was writing book after book because I wanted to know everyone’s story!

Tell us about your writing process.
I’m a seat-of-my-pants kind of gal. I start with the beginning and I have a vague idea of how I want it to end. How they get there, well that’s 100% up to the characters!
I’ve tried creating character sketches and I’ve been told that outlining each chapter helps, but I’ve never had any luck with that. I have, however, had one or two books that I HAD to outline. When you have 14 books that have overlapping characters (not necessarily with major roles), it starts to get sticky. 😀

For Fiction Writers: Do you listen (or talk to) to your characters?
Absolutely. It’s a must for me. I’ve tried to force characters to do what I thought would be funny or the best thing for their story. But it didn’t work out for any of us. I ended up with a writer’s block-induced headache before the end of the scene. I just have to sit back and let them work it out.

What advice would you give other writers?
Keep writing for yourself. Everyone says, “Oh, keep writing. Just write more and more and more. You’re a writer, it’s what you do.” Ya know, that’s great advice and it’s advice I lived by for a long time. But then I got burnt out. Seriously. I was writing 16 hours a day and totally missing my life–and I wasn’t even enjoying the stories anymore. Part of being a writer is the escapism of going off into your own little world. Readers read for the escapism, writers write for it and when it starts to feel like a stressful thing to keep writing then you’re no longer writing for yourself. If you like your stories, you’ll be excited to write them and it’ll show through to the readers! Sure, there’s always gonna be someone who doesn’t like your book but what cares? You didn’t write it for them–you wrote it for you and the biggest part of your enjoyment as an author should come when you’re dreaming at your keyboard.

How did you decide how to publish your books?
I first solicited some editors and agents with my series in the end of 2010. Almost all of them loved my stories/series arc, but I was informed that due to the beginning of eBook era that a lot of their existing authors were having a hard time keeping contracts and *if* they signed me, they wanted to use me as a guinea pig for their eBook line…oh and one more thing, there was one little change to the plot.
Well, if it was going to be an eBook anyway, I might as well publish it myself and keep the plot exactly how it was! For me, it was a win-win and I am so glad it worked out the way it did.

What do you think about the future of book publishing?
I think while both Indie authors and eBooks are here to stay, so are traditionally published books and authors who will always have a publisher. When I published in 2011 you were either traditionally published or you were an Indie. Nothing else. Now, there are all tons of hybrid authors out there who have a foot in both camp and there’s nothing wrong with that. There are also people who are staunch, “I’m indie and I’d never go traditional.” But there’s also some (and not just the HUGE names) who have always had a traditional publisher and wouldn’t want it any other way. It all comes down to what works best for each writer. I don’t see any huge change in that respect.

What genres do you write?: Regency Romance, historical western romance