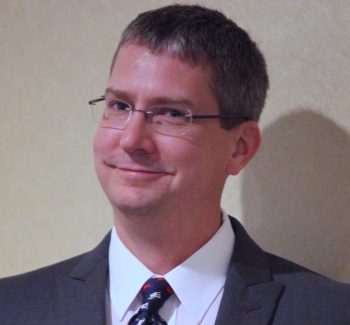 About Ron L. Lahr:
Ron Lahr is a writer of epic fantasy and humor and is the author of the Kathaldi Chronicles, a tale of saving the world from an ancient enemy returned to destroy the Gods.
Aside from writing & reading Ron enjoys spending time with his family, gardening, cooking, baking, working on old cars and follows the Seattle Mariners and Gonzaga University men’s & women’s basketball teams.
As time permits, he also enjoys sleeping.

What inspires you to write?
In a word: adulation. Okay, maybe not adulation but having someone tell me, in a review or an email, that they loved something I wrote is what keeps me going. Writing in itself is very fulfilling and I enjoy it very much but finding out that people enjoyed gets me back in the chair typing.

Tell us about your writing process.
Usually, I'll be mowing the lawn or doing dishes, something that doesn't take a lot of brain bandwidth, and my mind will drift to something and I'll start wondering about it. Then I'll ask myself what about if this happened and fairly soon I have a story idea. I take a break and write that down and then work on fleshing it out. At a certain point I create an outline, which includes character notes, bits of dialogue, settings, background information, etc. Eventually, I feel that I'm ready to start writing and I get to work on the first draft. For the Kathaldi Chronicles I started out wondering what atheists would do if God revealed him/herself and faith was no longer required because there was just no denying his/her existence. Would they start worshipping God? Then the idea of that playing out in a fantasy setting popped into my head. There wouldn't be any atheists but would there still be people who didn't want to worship the Gods? What would that look like? Why? And gradually the story for the entire trilogy developed. I broke it into three books and got to work on my outline for book one, which was not terribly detailed. I know writers who use 3×5 cards and fill up an entire wall with them before the start writing. I had maybe ten pages of stuff. So I am definitely a hybrid when it comes to outlining versus seat of the pants plotting.

For Fiction Writers: Do you listen (or talk to) to your characters?
I listen to them, in a sense. I'll be writing and all of a sudden one of them does something I didn't have in the outline and I'll think that it's a great idea so I just run with it. It causes a lot of extra work sometimes but I can't stay mad at my characters. Those rascals!
I also get affected by what happens to my characters. In the second book of the Kathaldi Chronicles I finished writing a chapter where something awful happens and I had to take a break. I was a little upset and depressed. I told my wife about it and her reaction was that if it upset me so much why did I put it in the book. I told her there was nothing I could do, it's just what happened. So she thinks I am a little crazy now.

What advice would you give other writers?
The same as everybody else, probably. Read a lot. Write a lot. Keep getting better. Don't let your brain distract you with ideas for new projects when you hit a rough spot in your writing. Just jot the ideas down and then get back to it. Finish that first draft before you start rewriting and editing, if possible. Don't let your brain win!

How did you decide how to publish your books?
I like the control of self publishing. I also want to be in charge of my relationship with my readers, through my email newsletter and social media. The immediate response is nice, too. When I think a book or story is ready then it is out there for people to read or listen to. If I want to publish three novels a year and twelve short stories nobody can stop me. By the way that would be amazing if I could write that fast and had the time available to do it. It's the dream, though.

What do you think about the future of book publishing?
Well, I am awful at predicting the future, politics and sports being my prime examples, but I believe audiobooks will continue to grow and eventually become bigger than ebooks and printed books.

What genres do you write?: epic fantasy and humor