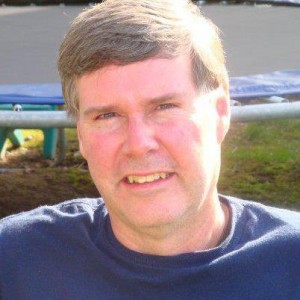 Author Bio:
I’m a huge fan of cool, operative/secret agent type characters having grown up watching James Bond, Derek Flint, The Wild, Wild West, The Avengers, The Man from Uncle, and more recently, Jason Bourne and Alex Rider. When I was younger, I had read a 1960’s young adult teen spy series titled, “Chris Cool/Teen Agent,” by Jack Lancer, and I loved it. That series only lasted six books and I decided that if I would ever write a book/series it would involve an “operative” type teenage character. Since I’m originally from Canada, I made the protagonist Canadian as well. Being a romantic at heart, I also knew I wanted the book to contain a romantic element as a major part of the story-line. Finally, I didn’t want my protagonist working for a government agency. I thought; what would happen if you put a teenage boy with operative type skills in a high school setting? The result is this series.

What inspires you to write?
One of the things that inspires me is the “fun factor” in being able to create all these cool characters and then placing them in different situations that involve some kind of conflict-whether it be physical, emotional, or psychological. I love using my innate creativity to do that.

Tell us about your writing process.
I am definitely an outliner. When I first envisioned this series I immediately came up with the basic plots for the first seven books in it. When I write a book I always outline the basic plot from beginning to end. Of course I don’t have ALL the details and more often than naught the story changes somewhat once I start writing it. The exact ending usually comes to me about halfway through the writing process.

For Fiction Writers: Do you listen (or talk to) to your characters?
I do. They often begin to dictate to me. Hahaha. I had this minor character and he “muscled” his way into becoming a major character. I had another character who I thought would never become the love interest of my protagonist and by the end of the story she had! The story will often begin to take on a life of its own.

What advice would you give other writers?
Write because you enjoy it and not because you think it will make you rich. Write to express your creativity. Fans are a fickle bunch. Don’t put your hope in them. Believe in yourself and in your writing. Never give up! Have patience and perseverance and never give up. Always remember that a review is nothing more than someone’s “subjective opinion!”

How did you decide how to publish your books?
I first tried going the “agent” route. It completely failed. No one was interested in my story. So, I decided to self-publish. I have no regrets about that. Having the support and promotion of a major publishing house would be nice, though. Hahaha.

What do you think about the future of book publishing?
I think E-books are the future of publishing. The younger generation has embraced the E-book format. Kindle apps have made it simple for anyone with an electronic device to read a book. It’s cheaper and easier.

Website(s)
Link To Robert L. Beck Page On Amazon
Link to Author Page on other site