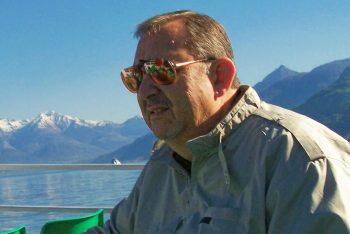 Mr. Emery has been honored with over seventy-five industry awards including seven years in a row at The New York Festivals, two Golden Eagles from The Chicago International Film & Television Festival, top honors at HoustonFest, and the Best Dramatic Feature Film Award for Swimming Upstream from the Los Angeles Angel City Film Festival. His previous novel, The Autopsy of Planet Earth, was awarded the Author's Circle Novel of Excellence for Fiction, the Readers' Favorite Award for Best Fiction, the Pulp Pen Award for Fiction, and book of the year award from Book Talk Radio Book. He is a member of the Directors Guild of America, American Association of Writers & Editors and the Alliance of Independent National Authors.

What inspires you to write?
My career was as a writer/Director of motion pictures and television documentaries. So, when I retired from production, it was a natural for me to devote my time to writing both novel and non-fiction. I love it.

What authors do you read when you aren’t writing?
Well, I find myself always concerned about writing the way I think a character talks, their visual description, their sense of humor – all the little things that make us individuals.

Tell us about your writing process.
I love to tell stories, that was my whole career. Problem is, I have so many stories in my head I'll never have time to write them all. I love what I do and devote 5-6 hours of writing every day seven days a week.

For Fiction Writers: Do you listen (or talk to) to your characters?
I never write a complete outline before beginning a novel. I have the story in my head, I know at least the lead characters, I know the beginning and the end, and from there I just fill it in as my imagination takes hold.

What advice would you give other writers?
I'm a big Hemming way fan, so when I can, I go back and read one of his books. I read steven King once and a while. Beyone that, I'm always looking for fresh voices.

How did you decide how to publish your books?
That tenacity is the key. You can write brilliant stuff day in and day out. The key is to write, write, write, whether it is good or bad, then go back and work it.

What do you think about the future of book publishing?
My publisher is Indies United Publishing House. I tried self-publishing, but I found that I need to be part of an publishing organization where I get both feedback and help. Publisher Lisa Orban is the best.

What genres do you write?: When writing fiction, you do have a crystal ball, and that is your imagination