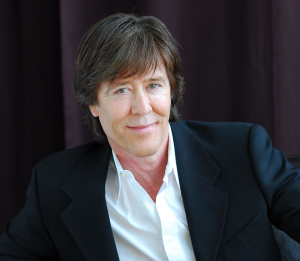 About Richard Bard:
Richard Bard draws on his own experiences as a former USAF pilot and cancer survivor to craft compelling characters who risk it all for love and loyalty. Born in Munich, Germany, to American parents, he joined the United States Air Force like his father. But he left the service when he was diagnosed with cancer and learned he had only months to live. He earned a management degree from the University of Notre Dame and ran three successful companies involving advanced security products used by US embassies and governments worldwide. Now a full-time writer, he lives in Redondo Beach, California, with his wife and remains in excellent health.

What inspires you to write?
As part of a military family I traveled all over the world. I experienced more than my share of tearful good-byes as my family hopped from country to country, state to state. It seemed like every time I got settled in to a new home—sometimes even a new language—Dad got transferred. I learned to make new friends easily enough, but it was movies and books that ultimately became my constant companions. I can still remember ditching second session of Saturday catechism on base in Wiesbaden, Germany, so that my brother and I could sneak into the matinee. (Popcorn was only twenty-five cents!) I read my first ‘chapter’ book when I was six-years-old. It was Fulton Oursler’s 1949 novel The Greatest Story Ever Told. I can still remember my wonder and excitement as the story took me away. It’s still on my shelf. I’ve consumed books ever since, always fiction, always action/adventures and/or thrillers. And to this day I still go to the movies at least twice a week. Fifty years of films and books have fueled an active imagination filled with stories crying to escape. When I exited the business world a few years back, I decided it was time to open the floodgates. With the help of a bunch of classes and terrific instructors at UCLA-extension Writer’s Program, I started writing. And writing. And writing. I couldn’t get enough of it. (Still can’t!) There’ve only been two ‘jobs’ that I’ve had in my career that I really loved. The first was flying; the second is writing. I couldn’t be happier.

Tell us about your writing process.
I prefer to work with outlines, though my outlines are more of a stream-of-consciousness flow on what might happen in a scene. Before I begin I craft a compelling opening line, and a cliffhanger-type closing line for each scene. Then I close my eyes and go for it, knowing the general direction I must follow to get to that last line. In a broader sense, I do the same thing with the entire story, knowing in advance where I want to end up. It amazes me though, how often those plans are laid to waste by the characters’ voices in my head. It’s a process of discovery, that’s both torturous and exhilarating.

For Fiction Writers: Do you listen (or talk to) to your characters?
I don’t talk to them much, but they babble to me all the time!

What advice would you give other writers?
One step at a time. If you feel you have a story inside you, let it flow. Focus on writing that first chapter, honing it, reading it aloud, sharing it with friends. It MUST be compelling. Your gut will tell you when your ready to move on. But remember, whether you’re crafting an action/thriller, romance, or children’s storybook, make sure the story and characters grab the reader from the very first line, and never let go.

How did you decide how to publish your books?
I uploaded my debut manuscript to “Authonomy.com,” a site that encouraged critiques from readers and writers alike. “Brainrush” garnered more than a thousand comments while it was posted on the Harper Collins website. Fueled by comments and votes it soared to the overall #1 slot over 9,000 other books–for all genres! With that kind of encouragement I wasn’t about to wait around to see if I could find a traditional publisher. So a few weeks later I self-published on Amazon. A few months later “Brainrush” became the Wall Street Journal #1 bestselling Action Adventure. Whew!

What do you think about the future of book publishing?
It’s a new world for authors. As owners of the content, and with the stigma of self-publishing a thing of the past, we control our own destiny.

What genres do you write?: Thriller, Action Adventure, Romance