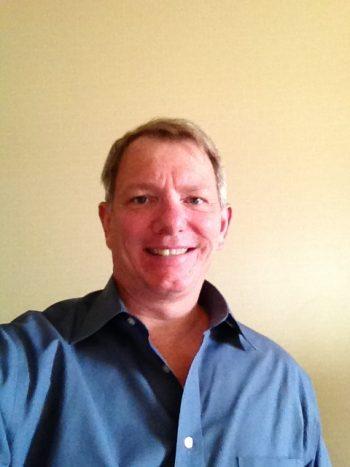 About Rich Blecher:
He grew up with ADHD before ADHD was known. After a youthful struggle through school to concentrate on studies, he never captured an interest for reading. This followed him until he was forty when his son asked him to read "Ender's Game." He read it and discussed it with his son at great lengths and found the joy in both reading and discussing it with his son. This continued into other sci-fi books.
He had many stories in his head his entire life, but they were always short lived. In his fifties, he decided to start writing a story that was repetitive in his mind, but after starting he soon lost interest. When he brought it up to friends and family, they became enthusiastic and energized him again. He got a group of them together to discuss and they helped with the development to include plot and character names. It was fun and he was pushed to continue with the support behind him to finish and after three years, it was published.

What inspires you to write?
The enthusiasm of friends and family inspires me to continue writing, but getting saddled into my imagination and allowing myself to ride in whatever direction it takes me is fun. When I see the positive reviews come in, it further supports my desire to continue.

Tell us about your writing process.
I've read many different writing techniques. I started with writing outlines and filling in, but when I let my mind loose, the outline became irrelevant. I immerge myself into my story, figuratively taking myself there as a virtual environment would take me. I also use personalities of people I know, and use that to help create the character's personality. As I get most of it accomplished, I set up a workgroup to discuss the book, and get endorsement or recommendations on what to adjust. They are the same ones who provide the initial beta read to find mismatches, typos or other grammar/development concerns.
I send it to a professional editor after this to finish the product in which I review one more time before it's proofread by multiple friends and I produce the final product.

For Fiction Writers: Do you listen (or talk to) to your characters?
When I'm immerged into my writing, I take myself there and do talk to the characters, and try to see them in my mind. By using the personalities of people I know, it helps generate the personality of the character.

What advice would you give other writers?
Never limit your imagination. If you get stuck, get a group together and talk it through. Most will want to help with your writing effort, everyone wants to see someone they know to be successful.
Keep at it, even if you can write 1000 or 3000 at a time, continue your story.

How did you decide how to publish your books?
I joined a variety of writing groups online and did my research in reviews. I studied literary agent groups and reached out to ten. Four replied that they were looking for more specific sci-fi, and I became discouraged. I knew the book was good and had a great cover so I learned how to publish on Amazon and it was much easier than I expected.

What do you think about the future of book publishing?
I'm too new to know what the future looks like, but I do believe there will always be a demand which will always generate a means to publish.

What genres do you write?: sci-fi, Fantasy, drama