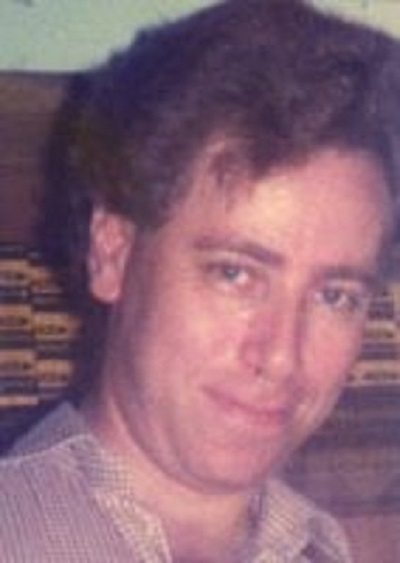 About Raymond Nickford:
My fascination with character study led me to my degree in Psychology and Philosophy from the University College of North Wales and then as a college lecturer in English Literature which, combined with a fascination for the atmosphere I found in Daphne du Maurier’s “Rebecca”, all drove me to become a full-time writer of character studies, atmospheric mystery and suspense, with underlying romance and family/relationships.

Troubled souls; the outsider, the lonely, any driven to extremity, have been indispensable for my novels which you can sample and, I hope, download from the online bookstores I’ve included in the Home and Novel Excerpts & Samples sections of my website.

Of my novel based in Cyprus, “Aristo’s Family”, Barbara Erskine, best selling author of River of Destiny, has generously commented on the “beautifully observed characters, intriguing and atmospheric scenes and, above all, the suspense which made me want to read on”.

My favourite film producer is Alfred Hitchcock, and I suppose it is true to say that I have been most influenced in my writing by Patricia Highsmith, who always struck me as more interested in the psychological motives of the ‘why-done-it’ than the ‘who-done-it’. Of those who have sadly passed, Ruth Rendell, D H Lawrence and – particularly – Daphne du Maurier, have fired my enthusiasm while of those who, thankfully, still live, I enjoy the work of Ian McEwan and Susan Hill, author of The Lady in Black.

I suspect that my teaching of English Literature in colleges and then as a private tutor have in some measure informed my new suspense A Child from the Wishing Well.

This features an eerie music tutor, her young pupil Rosie and Rosie’s paranoid and inept father, Gerard, who nevertheless yearns to mean more to his daughter. Throughout, I think it is fair to say I was consumed with the question of whether Gerard, the paranoid father, could in the end fight his mental illness to grow closer to his daughter, Rosie, who is, emotionally, alone.

Other than being an author, I am a well-behaved ‘hubby’ and ‘ Pops’ to my dear daughter, Catherine. I confess to a passion for plump, docile tabbies and am moved by the music and life of the composer Edward Elgar, my interest leading me each year to a cottage in the Malvern Hills and to the Three Choirs Festival.

What inspires you to write?
With two parents generally away on business I was something of a solitary child; a dreamer who invented his own friends and on those occasions when real life ’embodied’ friends did materialise, I tended to observe and absorb rather than to participate. I was ill-equipped to socialise and so met most of my friends as characters in books and this, together with an early reading of Daphne Du Maurier’s highly atmospheric “Rebecca” completely kindled in me a fascination with observing characters, particularly troubled or ‘haunted’ souls, in the broadest sense.

Tell us about your writing process.
Rules are made to be broken – but judiciously. If writing comes from the heart and is done with the greatest integrity one can muster and then several drafts/edits, then I have found that I do not self-consciously follow any do’s and don’ts … until the end of the 2nd draft! I do confess to being a my own worst enemy when it comes to savaging my own text and will cut ruthlessly until I get to the most honest emotion (raw or tender) and the truest scene or setting.

For Fiction Writers: Do you listen (or talk to) to your characters?
SOURCES FOR MY CHARACTERS

Before the excerpt from my suspense novel, A Child from the Wishing Well, perhaps I should mention something about the sources for my characters, not in any way as a prescription but simply as yet another example of how one author, amongst the multitude, finds his own way of balancing traits of the real with those of the imagined persons who may drive or be driven by the story. Some authors – and I marvel at their success – can produce a central or minor character rather like one might mix and shake a cocktail; a pure construction whose plight, strengths, weaknesses, idiosyncrasies are all fashioned by the need to advance a plot. Though I find this approach slightly artificial and cannot myself proceed this way, we all know that it can still work exceedingly well in the right hands and particularly for advancing action thrillers and action based or plot driven novels which turn out to be hugely entertaining as such.

Other writers clearly don’t produce characters who are almost pure constructions but rather quarry a rich vein of material from people they have known and yet who become judiciously metamorphosed into fictional characters by obtaining a fictional identity in fictional scenarios.

Shy of revealing any warts, I have in most cases found my own inspiration from people who have moved through my life, perhaps decades ago, perhaps almost as passing ships as much as any who docked in port, so to speak. In silent and solitary moments they all come back to me, so vividly, so much more rounded even than they were when they were first encountered. Yes, for the sake of fiction, if not avoiding libel, they go through the mincing machine to become suitably ‘fictionalised’ but it is always in these quieter moments, decades on, that some much greater significance about these people echoes and speaks to me, excites and compels me to give them a plot in which the ‘what might have been’ or the ‘what could have happened’ draws from them a wholly new significance that I hope to be infectious.

In A child from the Wishing Well, this is particularly so of Gerard, ex-stockbroker, reluctant slave to the dictates of his family tradition and paranoid, who wants to escape from the darkness of mental illness to enjoy again the glimpses he has once had of the special love that can exist between parent and child, father and daughter – his daughter being the lonely seven-year-old, Rosie. Ruth is the zany, talented and yet eerie old violin tutor to whom Gerard takes Rosie for regular lessons, hoping that he may emulate what it is that Ruth does to become so popular with his daughter … even though his paranoia tells him of sinister forebodings about the tutor which may or may not be a figment of his addled mind.

None of these characters are pure constructions, all haunt me and always will and I can only hope that any who read of them will – whether they find them likeable personalities or not – be able to share with me that awareness of them which says, ‘yes, they are true, true to character’ and written with love and integrity. That’s all.

What advice would you give other writers?
Write from the heart to the heart. Research your subject thoroughly and be meticulous in editing your text over at least 3 drafts.

How did you decide how to publish your books?
It is extremely difficult to find a literary agent and, perhaps as a runner-up to a literary agent, I would suggest following Howard Hughes’ advice to his son “Trust only yourself”. Of course HH was probably thinking of megabucks but in regard to getting visibility for the years of work that goes into developing the craft, I found that I had, largely, to work yet harder at marketing my work. As such, it is important to make your work available on as many platforms as possible for the competition is very intense. I am not a natural marketer and find it much harder than writing a novel but I will continue to take the bitter pill – if it is for my literary ‘babies’ .

What do you think about the future of book publishing?
Ebooks will – rightly – open up a certain democracy in an industry which has traditionally been accessible largely only to the privileged.