You are here: Home / Interviews With Authors / Interview with Author – Raymond Beresford Hamilton 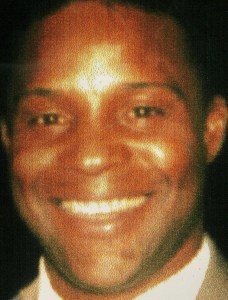 About Raymond Beresford Hamilton:
Raymond Beresford Hamilton is an American multi-plot thriller writer. He grew up in Metuchen, New Jersey, and is the sixth of eight children. He graduated from Metuchen High School and earned his bachelor’s degree from New Jersey City University. Hamilton had a passion for electronics and later enrolled in an electronic technician program at Devry Technical Institute. Later, he learned that he also loved traveling and decided to join the Army and see the world. He was promoted fast in his early Army years. He made the rank of sergeant during his first few years of enlistment and he decided to make a career out of serving the American people. He served in various imminent danger areas: Iraq, Kuwait, Saudi Arabia, Hungary, Europe, and Southwest Asia.

In November 2009, he published his first fiction novel titled Identity Assumption; his second novel in fiction, Solomon’s Ring, is recognized as genius.

What inspires you to write?
Hamilton is inspired to write by his true life experiences in America’s wars; he served in The Gulf War, also called Operation Desert Shield (the operations leading to the buildup of troops and defense of Saudi Arabia) and Operation Desert Storm. This was a war in which 34 nations fought against, Saddam Hussain’s, invasion of Kuwait. Then some years later he served in the Iraq war, America’s invasion of Iraq.

Tell us about your writing process.
Writing novels had been a thought since he attended graduate school, between 2006 and 2008, graduate school consists of writing lots of reports, simply for earning that grade or degree. Hamilton realized that writing novels, to share stories that he had grown to love, was more satisfying, for himself.

For Fiction Writers: Do you listen (or talk to) to your characters?
As a fiction writer I don’t talk to my characters, but I tend to follow where a certain character may lead. When a character leads my thoughts in a certain direction, I will explore that avenue to discover what lie ahead. Characters are people too, they have feelings, they may bump a toe stumble and fall and an author should be responsive to that fact. Characters have feelings within a story.

What advice would you give other writers?
As an author your passion is to write, so write your wonderful story. After you’ve reached that final period, don’t judge it, let the readers turn the pages, along with you, and experience the joy of that wonderful masterpiece that you had just created. Write your story.

How did you decide how to publish your books?
Traditional publishers wanted me to wait at the end of the line. They wanted me to wait for two years before my novel would be published because their publishing schedule had been set for the next two years. So, I decided to use a self publishing company, instead of waiting at the end of the line to see my novel in print form.

What do you think about the future of book publishing?
Self publishing companies are the wave of the future.

What genres do you write?: Mystery/Thriller/Suspense