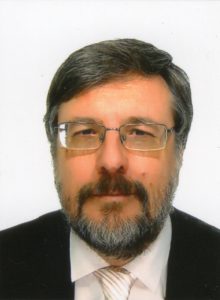 About Ramon Somoza:
Ramón Somoza (1956) was born in La Coruña, Spain. He writes since he was 15, when he was living in The Netherlands.
He has an university degree in Computer Sciences, but his experience covers many fields. He has worked as a translator, he has developed software, including simple web applications, desktop or corporate systems and even airborne software (Eurofighter). He has also worked in Manufacturing and Services, as well as the A400M transport Final Assembly Line (FAL). His experience covers data modeling, contract negotiation, program management and even business intelligence and business development. He currently works at Airbus Defence and Space.
Ramón Somoza has also worked in standardization groups dedicated to both software and integrated logistic support aspects. He has participated in at least a dozen of these committees, and has chaired two of them at the Society of Automotive Engineers (SAE) and the European Aerospace and Defence association (ASD). He is currently the European chairman of the ASD/AIA SX000i, Integrated Logistic Support Guide and S5000F, In-service data feedback.
Nevertheless, his favorite hobby is writing. Given that he travels a lot, he writes most of his books during his trips. He speaks fluently five languages.

What inspires you to write?
A story is everywhere, you only have to look. My first published novel was inspired by a news story on television about a 14-year old girl that had run away for love with an adult (the novel is much nicer than the read story). My second romantic novel was inspired by a joke made by my son about Darth Vader being “the imponent lord”, which I quickly converted into “the impotent lord” (and no, it’s not a SciFi story). I have a long series of science-fiction books that were inspired by a little girl on the subway that wanted to be an astronaut – so I wrote a stroy about a girl that age lost in space. One of my next books was inspired by a visit to a castle. As I said, inspiration is everywhere.

Tell us about your writing process.
I am chaotic in my writing, hence that I use Scrivener to keep track what I have been writing. I usually write small pieces of the story, not necessarily in order. One of my books started with the end, others have started somewhere in the middle. The only one that I started from the beginning was never written in sequence. Basically what I do is I create jigsaw pieces of the story and try to put it all together, sometimes adjusting the jigsaw so that it “fits”, It is a lot of fun!
Characters simply pop up and develop during the writing. Only in very few cases did I have an idea at the beginning of what the characters would be, and even so their development took place while I wrote the story. I do however keep track of their development, so as to ensure that I do not commit mistakes. Given my chaotic way of writing, this is the only way of ensuring that they remain consistent through the story.

For Fiction Writers: Do you listen (or talk to) to your characters?
It’s funny, but my romantic novels are in third person, so I keep an eye on them but do not talk or listen to them, though they sometimes seem to take a life of their own. However, my SciFi series “In strange orbits” is written in first parson, which a lot of my readers find amusing since the main character is an 11-year old girl. In this particular case, it’s really as if she tells me what I have to write.

What advice would you give other writers?
Read, read, read, and only then write, write, write. You cannot be a good writer if you have not been first a good reader. And forget about the writer’s block – simply start writing, whatever, even if you only write trash. If it’s bad, you can always correct it or throw it away, but once you have started, the words will eventually come. Never give up. And once that you’ve finished a book, start with the next one.

How did you decide how to publish your books?
I started writing with 14 years and actually sent a couple of manuscripts to some publishers. The reviews -not that good- made me a better writer. When I finished my first romantic novel (Sophie and the Fallen Angel, for the moment only available in Spanish and Italian), I thought it was a real pity that such a beautiful novel would end up in a drawer, but I did not want to spend months (or years) hunting for an editor. Also, that novel was so special that I was extremely reluctant to give away its control. For that reason, I decided to go for self-publishing.

What do you think about the future of book publishing?
I think that book publishing is going more and more electronic, and though paper will not disappear, it will have a diminishing role. I travel a lot, and in the past it was very difficult to carry more than one or two books while on the road. Now you can take a thousand books with you if you’re away for a month. That does not mean that I do not miss the touch and smell of the paper book – but right now at home I have no more space for them!
Once of the interesting developments of modern book publishing is that you can now sell your books worldwide, instead of being limited to a specific country. I live in Spain, and I have sold many books in the US, Mexico, rest of Europe and as far as India, Japan and Australia.
Similarly, self-publishing also allows you to go beyond the traditional language barrier without being subject to the whims of an editor. I usually write in Spanish, but I have started translating my books into English and even managed to have one of my books translated into Italian. There is no longer a limit of what an author can do.

What genres do you write?: Romance, science fiction, historic