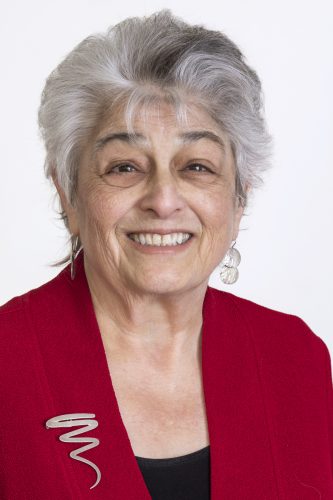 About Rachel Adler:
RACHEL ADLER is the David Ellenson Professor of Modern Jewish Thought at Hebrew Union College-Jewish Institute of Religion, Los Angeles Campus. She is the author of Engendering Judaism, the first book by a female theologian to win a National Jewish Book Award for Jewish Thought. Rabbi Adler has a PhD in Religion and Social Ethics from the University of Southern California, rabbinical ordination from Hebrew Union College.

What inspires you to write?
I write when something in my head demands to be expressed or when I am trying to teach in a sneaky way so my audience barely registers that they are actually learning something.

What authors do you read when you aren’t writing?
Aside from the raucous multivocal volumes of Bible with commentaries and Talmudic tractates, I have a lifelong love of Shakespeare, and the poets John Donne, Gerard Manley Hopkins, Emily Dickenson, Adrienne Rich, Lucille Clifton, Yehudah Amichai and Dalia Ravikovitch. I also enjoy Barbara Kingsolver.

Tell us about your writing process.
My dear friend Professor Tamara Eskenazi says, “I write to discover what I think.” With scholarly work, I do too. I do some rough outlining, but a coherent outline doesn’t emerge until I have bumbled around for a while. I write many drafts before I am satisfied. Tales of the Holy Mysticat was an accidental book. I wrote it as a series of FaceBook posts to amuse my friends and to sneak additional Jewish knowledge past my students. It [has no plot and] emerged story by story with very little revision.

For Fiction Writers: Do you listen (or talk to) to your characters?
Tales of the Holy Mysticat is not fiction. It is more of a slightly wacky perspective on reality written as a pet owner’s memoir. There was a Holy Mysticat, may he rest in peace, and all of the tales emerge out of my encounters with that exasperating, strong-willed and much loved cat. He was drawn like a magnet to the massive Hebrew and Aramaic books of Bible with commentaries, Talmudic tractates, and legal codes. He would lie on top of them, which, as any knowledgeable cat person can tell you, is the way an intelligent cat absorbs the content. He and I disagreed about almost everything we read.

Tales of the Holy Mysticat, as I said is an accidental book. My book Engendering Judaism, which was the first book by a female theologian to win the National Jewish Book Award for Jewish Thought, was my doctoral dissertation. I am writing a book on suffering, tentatively titled Pour Out Your Heart Like Water which is under contract with Oxford University Press and am co-editing a collection on Gender in Jewish Thought with Rabbi Dr. Rachel Sabath BeitHaLachmi. In addition, I have published close to sixty articles on Jewish Thought in academic journals. In my profession, the rule is “publish or perish.”

How did you decide how to publish your books?
The Tales began as a surreal joke. Imagine animal fables in which the moral teacher is not Aesop, but a cat. I had no intention of publishing the stories, but my friend, the novelist and publisher Maggie Anton, was determined. The proposition that she and my scholarly editor, Rabbi Beth Lieberman, suggested to me appealed to my sneaky mind. We would tempt people with these outrageous Mysticat Tales and provide appendices so they could get all the learned jokes. Without meaning to, readers would end up adding to their Torah learning. That seemed an appropriate tribute to The Mysticat’s own sneakiness, as well as a way to honor the insights he and I had sneaked into one another’s awareness.

What do you think about the future of book publishing?
Long may it endure! And there is no substitute for the sensuous appeal of actual books with crisp pages and the smell of ink. The content of virtual books runs through the head like water through a sieve. Retention is terrible.